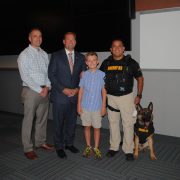 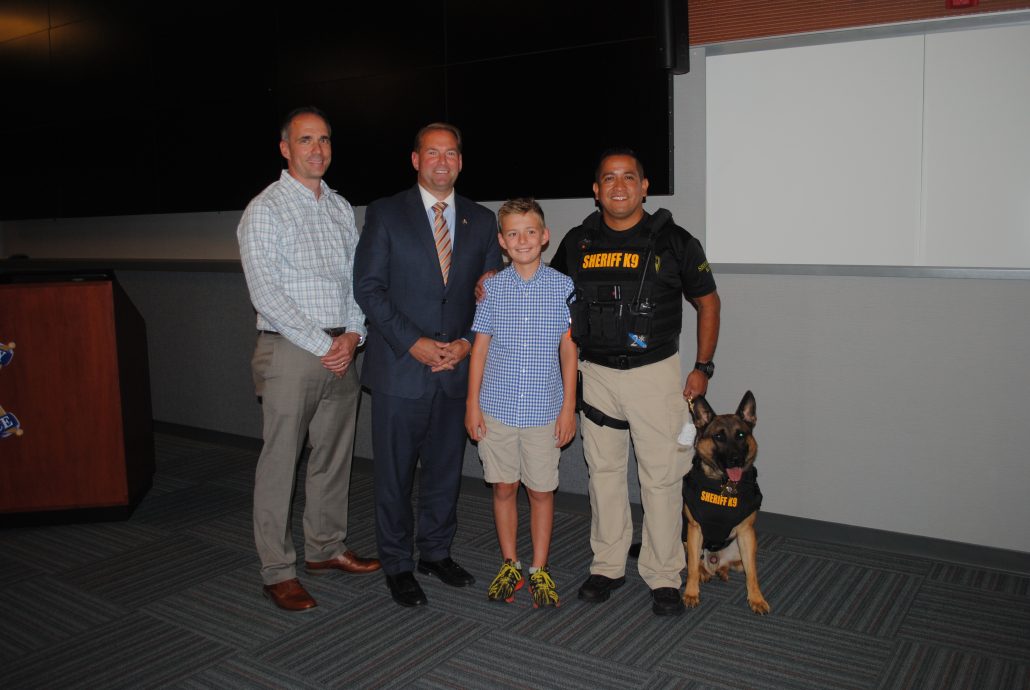 Freehold NJ: Sheriff Shaun Golden gratefully accepted the generous donation of a brand new bullet proof vest provided to the Monmouth County Sheriff’s Office K-9 Unit, by a nine year old boy, on Aug. 30. Will Aninowsky, of Little Silver, traded in his birthday money to help purchase a shiny new vest for K-9 Fuze, in an effort to keep him safe while fighting crime.

“Will’s birthday wish will enhance the safety of our K-9s and the Monmouth County Sheriff’s Office is extremely grateful for his generosity and dedication,” said Sheriff Shaun Golden. “Members of our K- 9 Unit are called upon year-round to assist local police departments with narcotics detection, explosive detection and criminal or missing person searches and it’s crucial they are protected while maintaining public safety.” 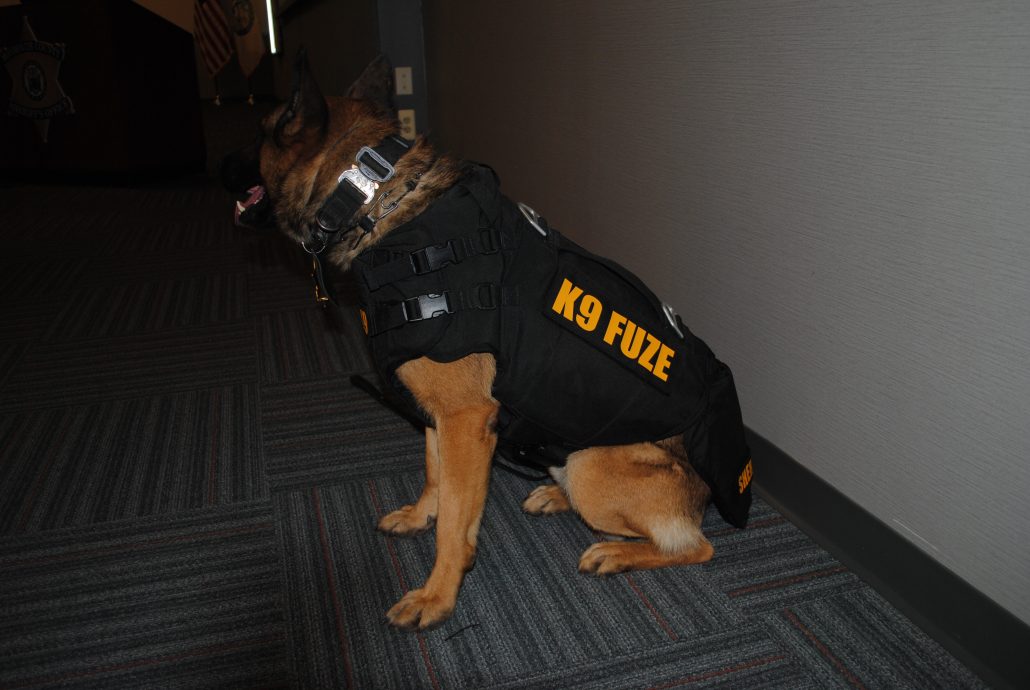 The Monmouth County Sheriff’s Office K-9 Unit conducted two demos for Will’s Cub Scout Pack 3 in Little Silver. Once Will met the K-9s and learned how they protect the public, he decided to show his appreciation by doing something special.

“After I got to meet the police dogs through Cub Scouts, I thought it would be important for the dogs to have bullet proof vests,”  said Will Aninowsky.  “Then I thought I could use my birthday money to buy the dog a vest.  It makes me happy to keep a dog safe.”

A total of $1000 was raised through Will’s birthday money and the gofundme page he set up. It was used for the purchase of a K-9 vest for K-9 Fuze who is trained in explosive detection and patrols. The vest was presented to Sheriff Golden, S/O Ralph Irizzary and his partner Fuze by Will and Bill Aninowsky along with some of Will’s friends, who donated to the cause at his birthday party. 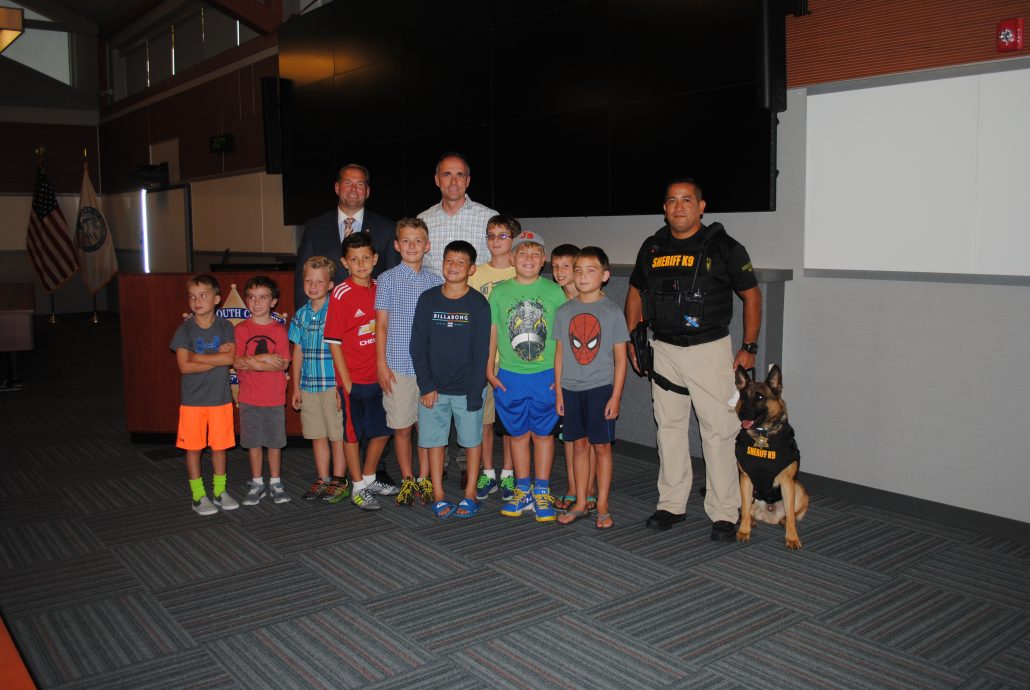 “I’m proud of my son for taking on such a worthy cause. These K-9s are an incredible resource in maintaining safety throughout Monmouth County and it’s also a great way to show our appreciation to law enforcement,” said Bill Aninowsky.

The average cost for a canine vest is $850 to $1000 dollars.  If an individual would like to make a donation to the MCSO’s K-9 Unit, all checks should be made payable to the Monmouth County Treasurer with a letter indicating the funds are for the MCSO K-9 Donation Fund and sent to 2500 Kozloski Rd., Freehold Twp., N.J, 07728.

Sheriff’s Office Participating in Drive Sober or Get Pulled Over Camp...