“It’s vital that we show our support to such a serious illness and continue to bring awareness to this important cause,” said Sheriff Shaun Golden. “Many people are either indirectly or directly affected by this devastating disease and we are dedicated to reinforce the message of supporting the fight against breast cancer.”

In addition to the flag, the agency’s police cruisers are marked in pink and sporting pink magnetic ribbons throughout October. Every Friday staff wears pink in show of support and even the K-9s have pink collars to spread awareness.

Many law enforcement agencies across the state acknowledge the cause in their own way to show support, since breast cancer is the most commonly 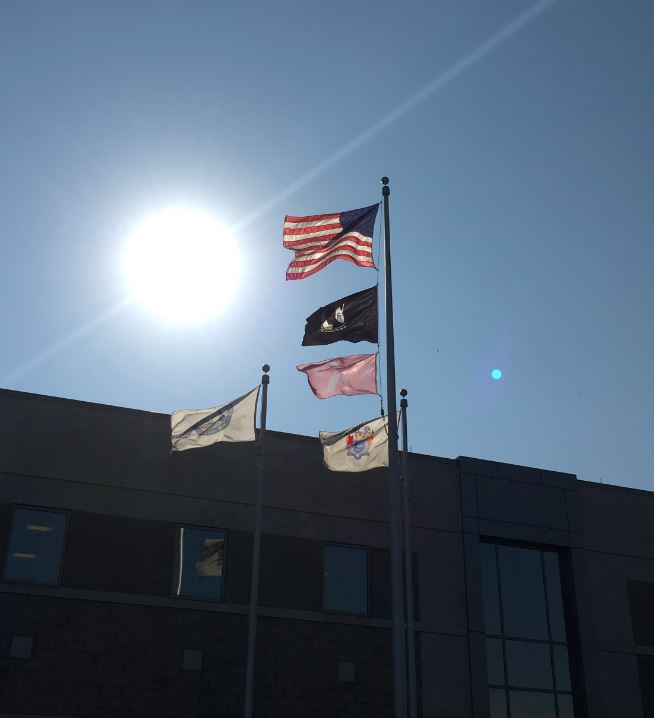 diagnosed cancer among women. Statistics show one in eight women will be diagnosed with breast cancer in their lifetime

and there are more than 3.3 million breast cancer survivors in the United States.

“However we choose to acknowledge Breast Cancer Awareness Month, it’s important for law enforcement to stand behind this effort for all the courageous people who are battling the disease, have lost their lives or lost loved ones,” said Sheriff Golden. “Public safety is more than making arrests, it’s also helping to arrest illnesses such as breast cancer that takes a toll on individuals with the disease and their families.