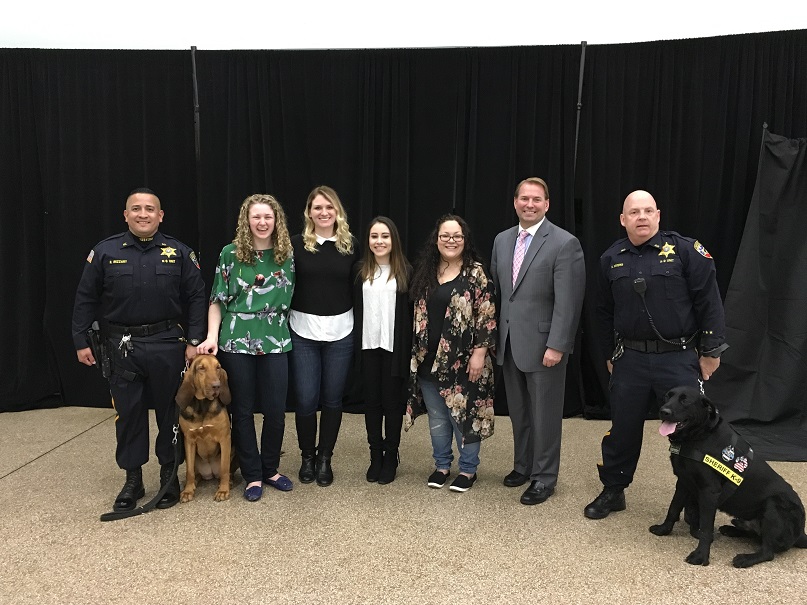 West Long Branch: Monmouth County Sheriff’s Office K-9 teams will increase their safety while combatting crime thanks to Monmouth University’s Alpha Phi Sigma’s Criminal Justice Honor Society. On April 11, the honor society held its 7th annual Paws for a Cause event at Monmouth U which raises money for a K-9 bullet proof vest.

“The Monmouth County Sheriff’s Office is grateful to Alpha Phi Sigma for their continued commitment to this important cause,” said Sheriff Shaun Golden. “Our K-9 teams deal in narcotics and explosives detection as well as suspect apprehension regularly, and it’s crucial that they are protected while maintaining public safety.”

K-9 teams of the Monmouth County Sheriff’s Office K-9 Unit participated in the event where each officer spoke about their K-9’s specialty as well as performed a demonstration.

In 1997, the Monmouth County Sheriff’s Of 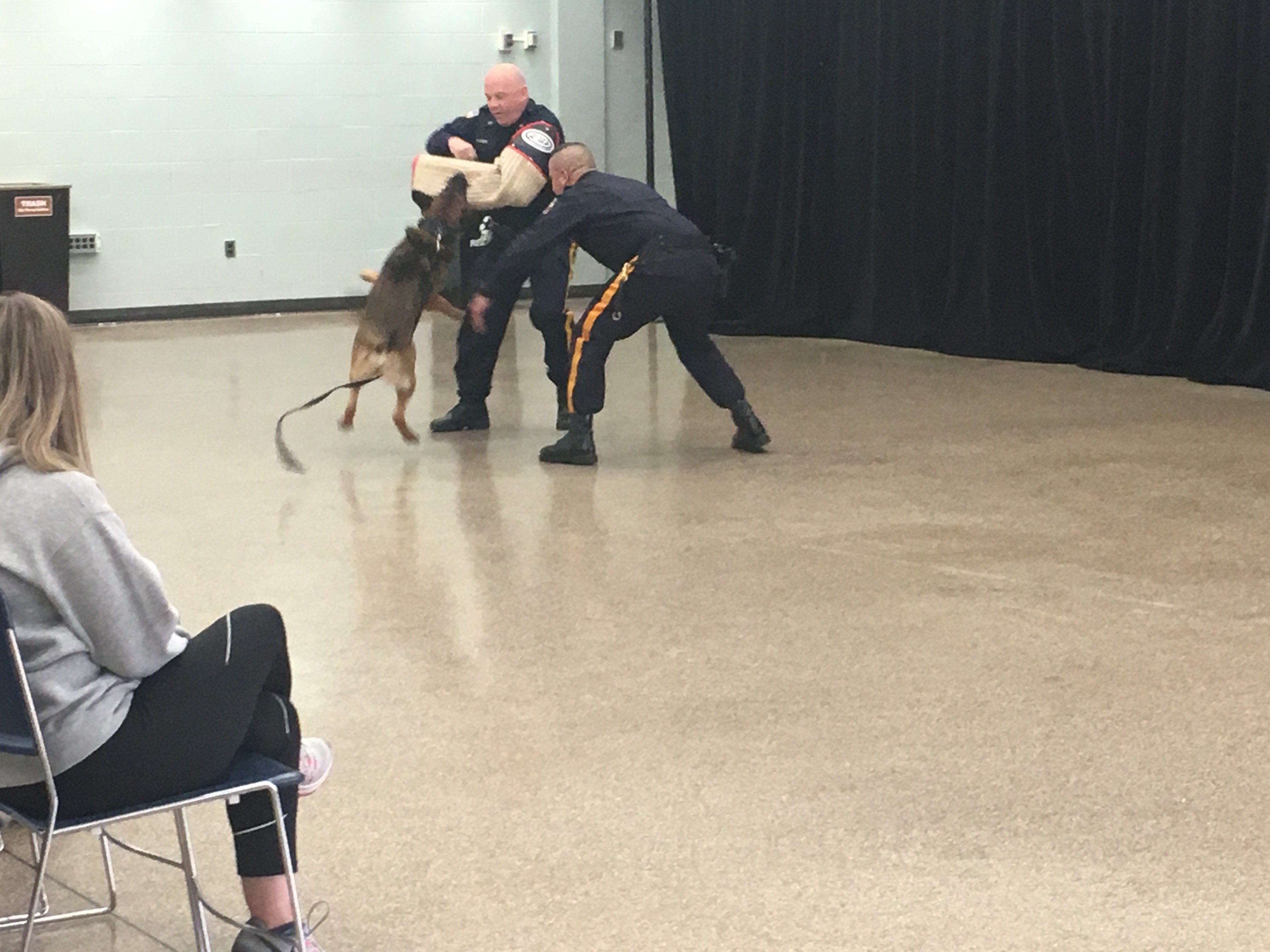 fice lost one of its own, K-9 Solo. Solo, a German shepherd, was shot during an attempted apprehension of a wanted individual.

Alpha Phi Sigma has generously raised several thousand dollars for the K-9 Unit throughout the years. If an individual would like to make a donation to the MCSO’s K-9 Unit, all checks need to be made payable to the Monmouth County Treasurer, Hall of Records – 1 East Main St., Freehold, N.J. 07728, with a letter indicating the funds are for the MCSO K-9 Donation Fund.

For a downloadable version of this press release, click here:   News Release Honor Society From Monmouth U Hold Fundraiser for MCSO to Keep K-9’s Out of Harm’s Way

A 20 Hour Investment That Pays Dividends in Fighting Crime and Terrorism –...

Sheriff Golden And The Board of Chosen Freeholders Commemorate Public Safety...
Scroll to top