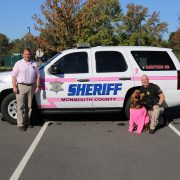 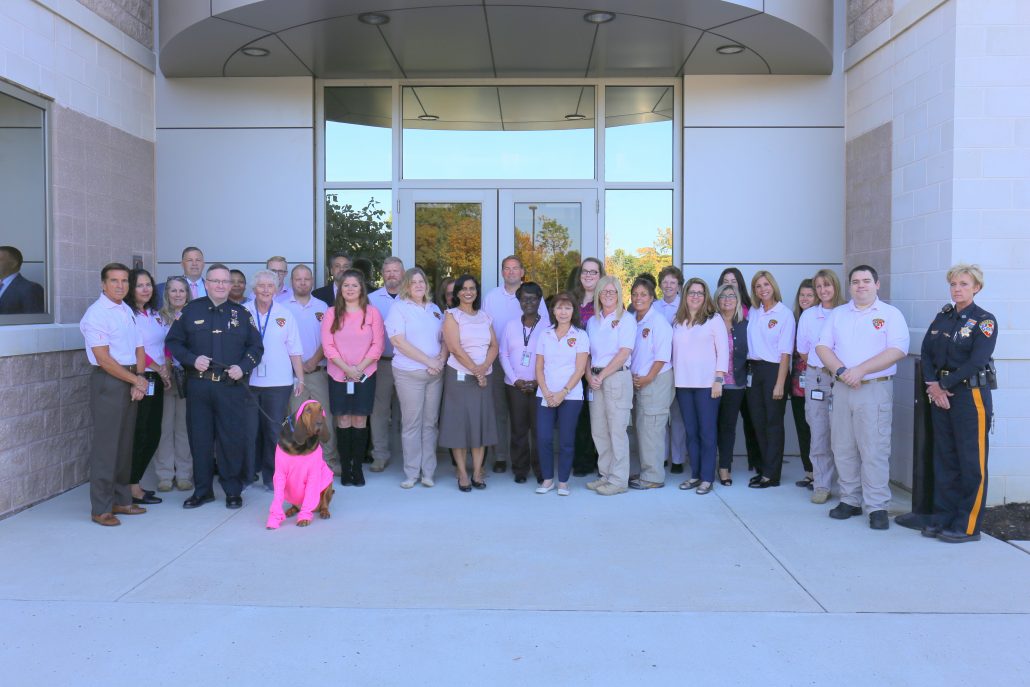 Monmouth County: In addition to fighting crime, the Monmouth County Sheriff’s Office is also supporting the fight against breast cancer by going pink the entire month of October. One of the agency’s police cruisers is more than just a marked car since it has been striped pink and the rest of the fleet is sporting pink magnetic ribbons as part of Breast Cancer Awareness Month.

“It’s vital that we show our support to such a serious illness and continue to bring awareness to this important cause,” said Sheriff Shaun Golden. “Many people are either indirectly or directly affected by this devastatin 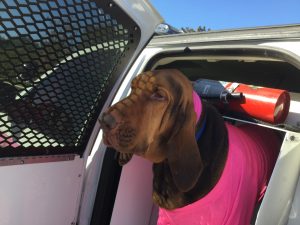 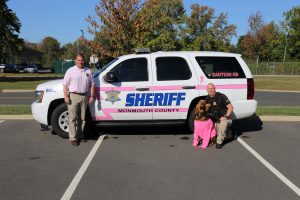 The Monmouth County Sheriff’s Office, along with other law enforcement agencies, are acknowledging the month with either pink police vehicles, fire trucks, badges, shirts or baseball caps, but, the sheriff’s office was the first to sport pink magnetic ribbons as well as have its bloodhound Skye go pink. Staff is also sporting a new look with pink shirts to be worn every Friday throughout October.

“However we choose to acknowledge Breast Cancer Awareness Month, it’s important for law enforcement to stand behind this effort in support of all the courageous people who are battling the disease, have lost their lives or lost loved ones,” said Sheriff Golden.

According to the American Cancer Society, it’s estimated that 252,710 new cases of invasive breast cancer will be diagnosed in women this year. It is the second leading cause of cancer death among women. There are more than 3.1 million breast cancer survivors in the United States.

For a downloadable version of this press release, click here:  News-Release-Monmouth-County-Sheriffs-Office-Goes-Pink-for-Breast-Cancer-Awareness-Month