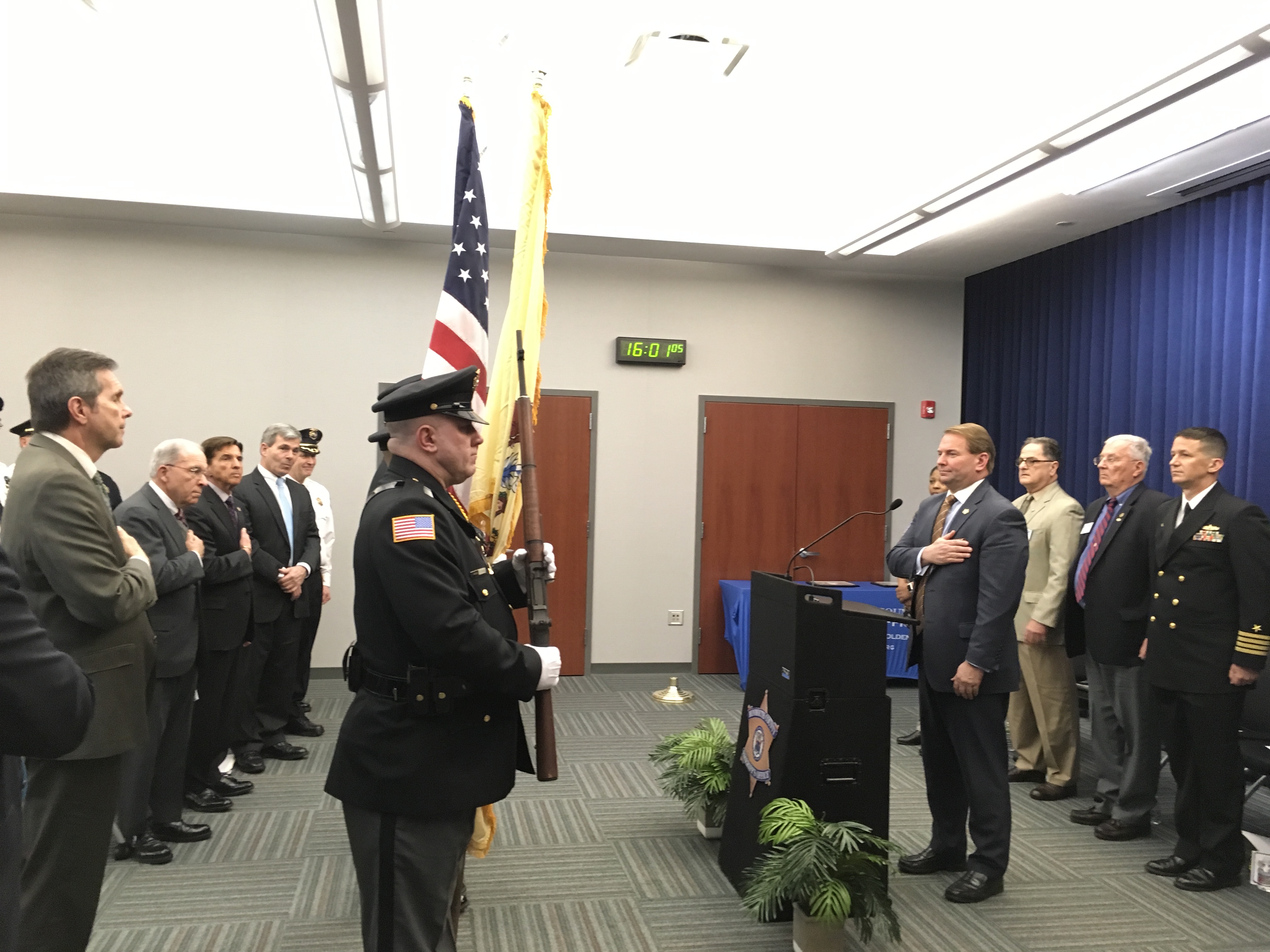 Freehold: The Monmouth County Sheriff’s Office was host to the Patriot’s Pride Awards ceremony on March 14, where those in supervisory roles at the agency were recognized for their exemplary support to employees who serve in the armed forces.

“It’s vital that we continue to provide support and a strong commitment to our citizen soldiers in the National Guard and Reserve especially when engaged in responding to emergencies on the home front or deployed oversees in service of their country,” said Sheriff Shaun Golden. They fight for our freedom and sacrifice everything to keep us safe through their heroic efforts, and, it’s our duty to our nation to strongly support them and their family members.”

Employees serving in the National Guard or Reserve, or a spouse of those serving, nominate individual supervisors for their unwavering support. This year’s recipients, which included Lieutenant Stephen Riznyk, Acting Warden Donald Sutton an 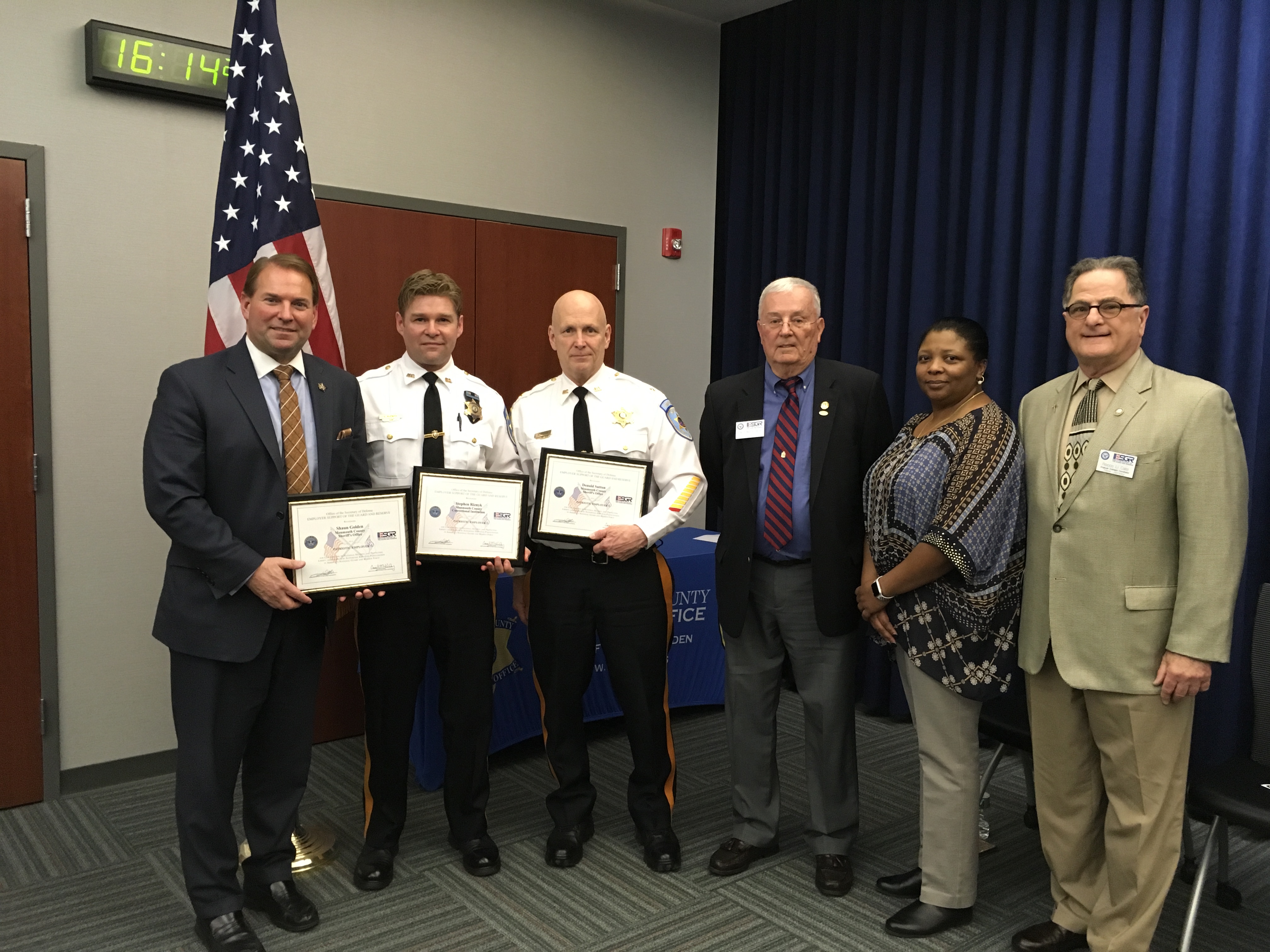 d Sheriff Shaun Golden were all nominated by Corrections Officers David Leventhal, Staff Sergeant in the National Guard. The Employer Support of the Guard and Reserve assists in coordinating these events throughout New Jersey and works with employers in an effort to support and value the military service of its employees and to ensure that reservists and National Guard members can return to their jobs from active duty.

“I commend the Monmouth County Sheriff’s Office and the Board of Chosen Freeholders for their exceptional support of our military men and women in the National Guard and Reserve.” said Keynote Speaker Captain Brian Sheakley, Commanding Officer, Navy Operational Support Center. “I appreciate the community honoring the sacrifices that our courageous men and women make on behalf of the nation with aid to military families who may face hardships while fighting for our freedom.”

While performing military service, Monmouth County employees receive full pay for 90 days, and, after that time, they receive the difference in pay between the employee’s regular earnings and the military base pay for active duty. Families continue to maintain health benefits, and the Monmouth County Sheriff’s Office actively supports families who have to endure hardships when their loved ones are away.

“An event like this reinforces our dedication, support and long term commitment, the sheriff’s office and the Monmouth Count 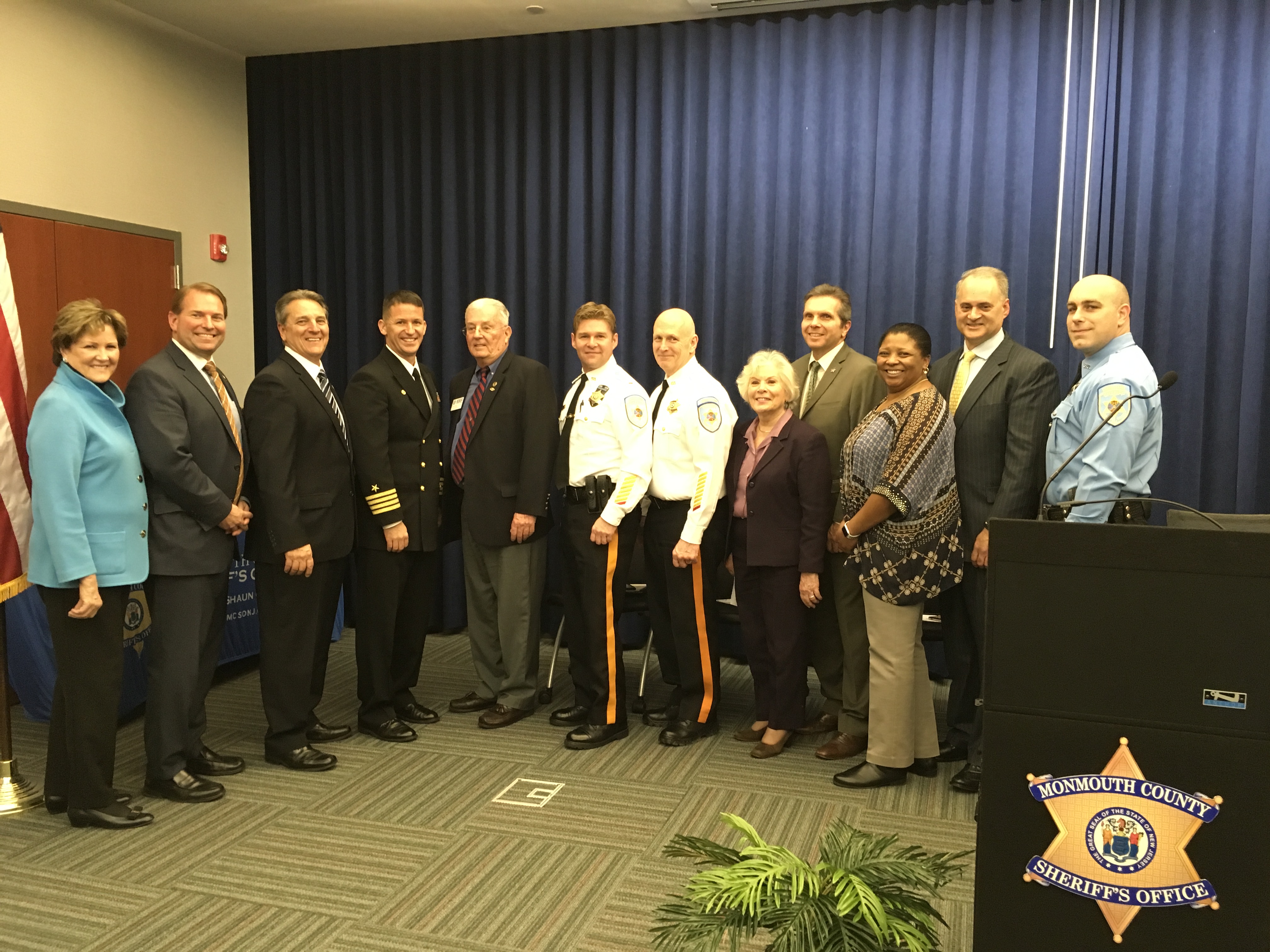 For a downloadable version of this press release, click here:  News-Release-MCSO-Recognized-for-Being-A-Leader-When-Supporting-Employees-of-the-Armed-Forces