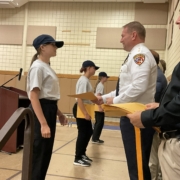 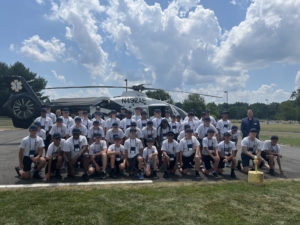 Freehold: Sheriff Shaun Golden opened up Sheriff Youth Week by telling recruits to bring energy, enthusiasm and excitement with them each day, and, ended it on graduation day, by proudly handing certificates to the 51 participants who completed the 29th annual Sheriff Youth Week Program. The highly recognized program ran from July 11 through July 15 and is anything but an ordinary week of summer camp. It equips high school aged students with a unique opportunity to explore interests in law enforcement through police academy-style training, exercise activities and instructional sessions.

“We are so proud of the entire Sheriff Youth Week class for staying the course and commend all for completing this intensive week of law enforcement training. At the beginning of the week, I tell the recruits that they if they are engaged and excited about this program, it will be an experience of a lifetime.” said Sheriff Golden. “Sheriff Youth Week provides our youth to explore the realm of possibilities of a career in public safety. As a result, many will become future leaders in law enforcement.” 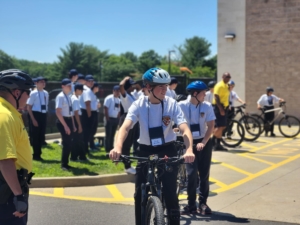 Each day began with drill and ended with exercise. During the week, the class learned about various law enforcement topics and agencies. An overview of the Monmouth County Sheriff’s Office Law Enforcement, Communications and Corrections Divisions was provided. Interactive sessions included mock drills from the Corrections Emergency Response Team (CERT), and the Monmouth County Emergency Response Team, MOCERT.

A major focal point of the week was when recruits spent the day at the Monmouth County Fire Academy where they got a firsthand look at training and what it takes to become a firefighter. They toured the smoke house, learned how to handle a hose and climbed the ladder. 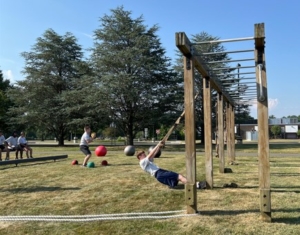 Recruits spent another great day at the Situational Training And Response Simulator, STARS facility. In rotational groups, recruits learned about the VirTra Simulator, a decision making and tactical firearms virtual threat simulator, which is equipped with five large screens and shows real life types of scenarios. In addition, K-9, Project Lifesaver, vehicle simulator, drone, dive team and motor vehicle stop demonstrations were conducted, along with a display of special operations and equipment. Also included throughout the week were presentations on bullying, cyberbullying and the after effects, what you need to know about drugs, and bicycle patrol with an interactive police bicycle course, and an entire regimen of health and fitness including a 5-K run.

“This is my first year as a recruit and the experience has been great.  I’ve learned so much through the presentations, physical fitness and the interactive displays. I’ve been thinking about a career in law enforcement and Sheriff Youth Week was very inspiring,” said N’Seaya Barksdale, Neptune. 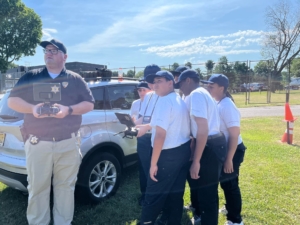 “It’s been hard but fun and you really need to be motivated. The program has made me respect those who work in law enforcement because you learn what goes in to protecting the public,” said Sebastian Quiroz, Manalapan.

“This is my second year participating in Sheriff Youth Week and it’s amazing, there is nothing like it. The instructors do a fantastic job, they challenge you and I’ve learned so much about all aspects of law enforcement,” said Molly Bennett, Spring Lake Heights.

“This week has been very challenging, it’s a lot of work, but at the same time it’s been a lot of fun. I’ve made new friends and it’s an experience I wouldn’t want to miss, since I have aspirations to become a member of law enforcement or emergency services.” said Zachary Dubois, Hazlet. 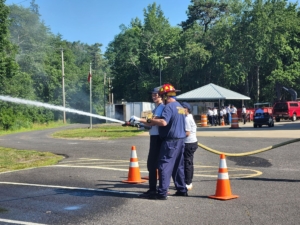 “I liked everything about Sheriff Youth Week, the presentation, demos and physical training were a lot of fun and also challenging at times. The instructors did a great job and were very supportive of all of us,” said Michael Zambrio, Allentown.

During the graduation, Sheriff Golden and Monmouth County Commissioner Director Tom Arnone specially recognized the late Hon. Deputy Sheriff William Wingard and his wife, Marie, of New Jersey Gravel & Sand in Wall Township. The Wingard family has been the sponsors of Sheriff Youth Week since 1992 and were acknowledged at the graduation ceremony for their dedication and commitment throughout the years. A very special thanks to Executive Undersheriff Ted Freeman and his exceptional Sheriff Youth Week staff for consistently going above and beyond, in making Sheriff Youth Week the best youth academy program in the state. 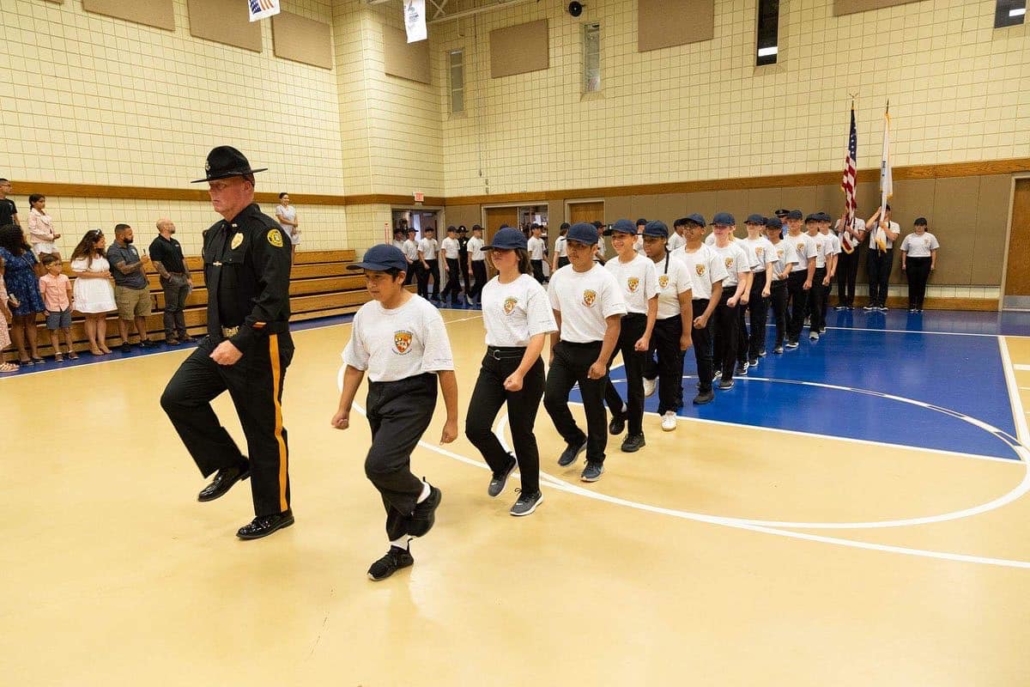