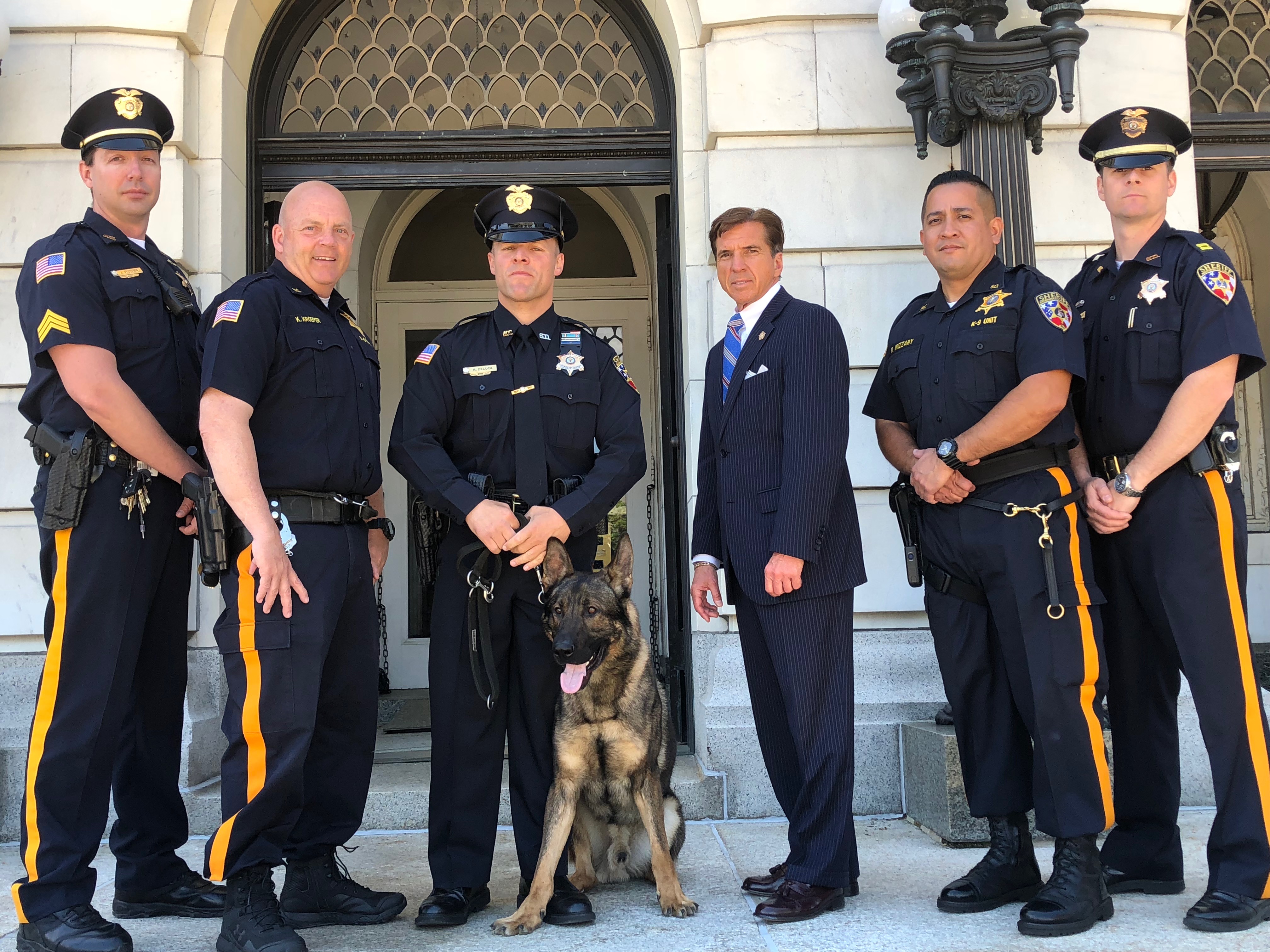 “It’s an honor to welcome this highly trained K-9 team to our unit. S/O DeLuca and his partner Leo will prove to be a great asset to Monmouth County and local police departments,” said Sheriff Shaun. “K-9 teams are extremely essential when it comes to bolstering homeland security capabilities by playing a vital role in protecting our county against criminal and terroristic threats, combatting the proliferation of drugs, as well as assisting in the apprehension of suspects.”

During the graduation ceremony, held in Hackensack, four teams received diplomas. They met all the requirements set forth by the State of New Jersey, Office of Attorney General guidelines. The K-9 graduate teams, who trained through tracking scent and patrol, consisted of two explosive/patrol teams, one narcotics/patrol team and one narcotics team. 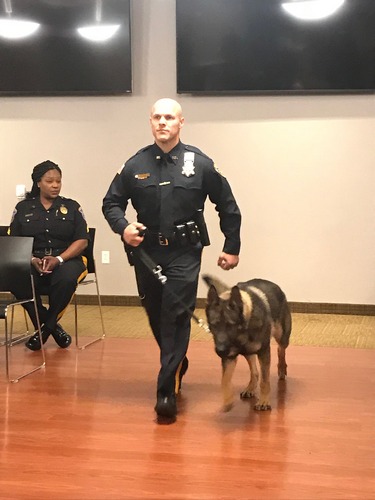 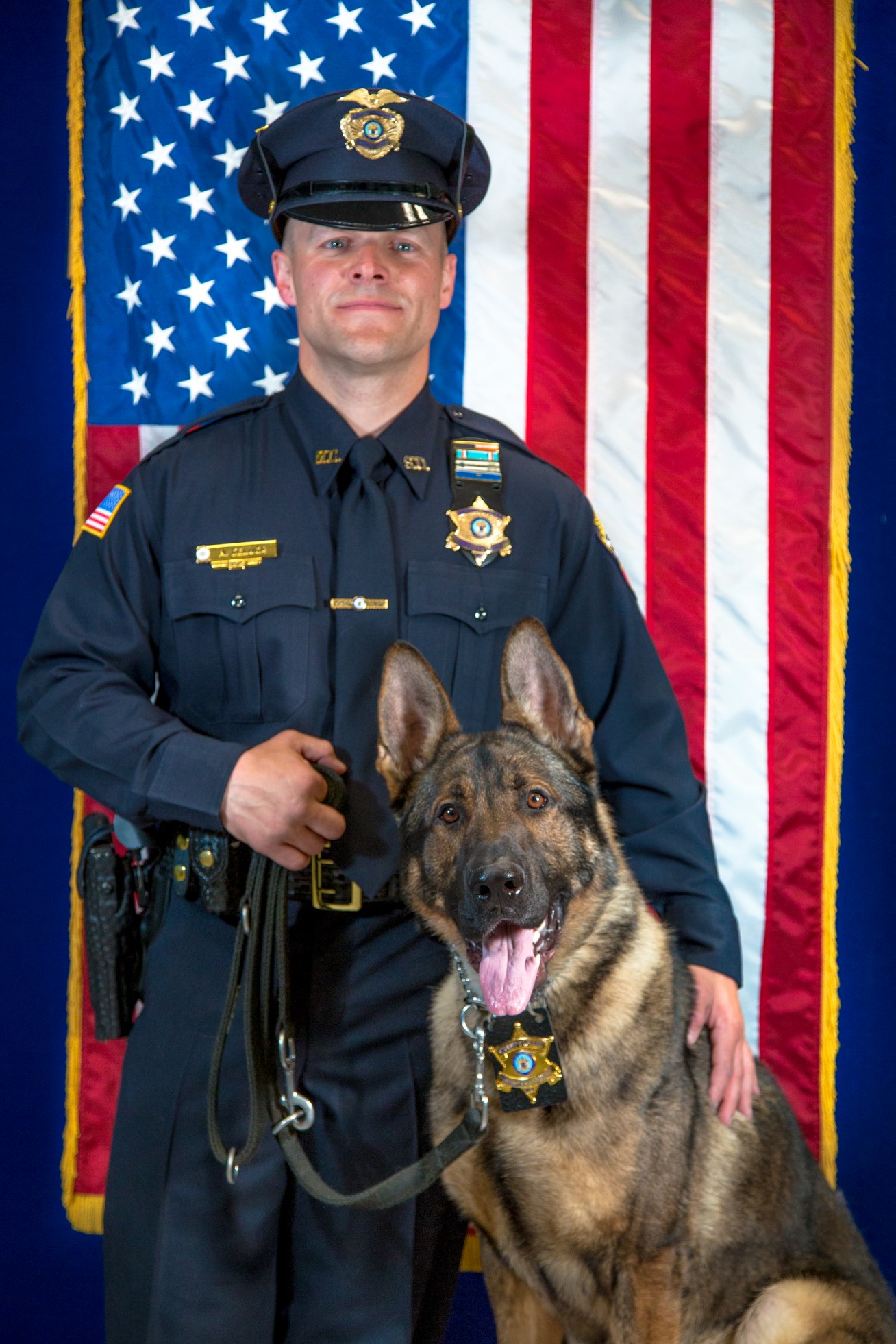 They trained in vacant buildings, lots and offices as well as the Situation Training and Response Simulator, STARS, facility in Freehold. The academy also focused on case law, crime scene preservation, basic obedience, agility, environmental training and socialization with crowds.

“I’m grateful to the Monmouth County Sheriff’s Office for providing Leo and me with this great opportunity. K-9s are a valuable tool when it comes to fighting crime. I’m proud to be a part of our explosive detection team, specializing in response when dealing with potentially dangerous situations,” said S/O Michael DeLuca.

For a downloadable version of this press release, click here: News Release – Sheriff Adds New K-9 Team to Continue in the Fight Against Crime

Sheriff Urges Residents To Clean Out Their Medicine Cabinets as Part of National...