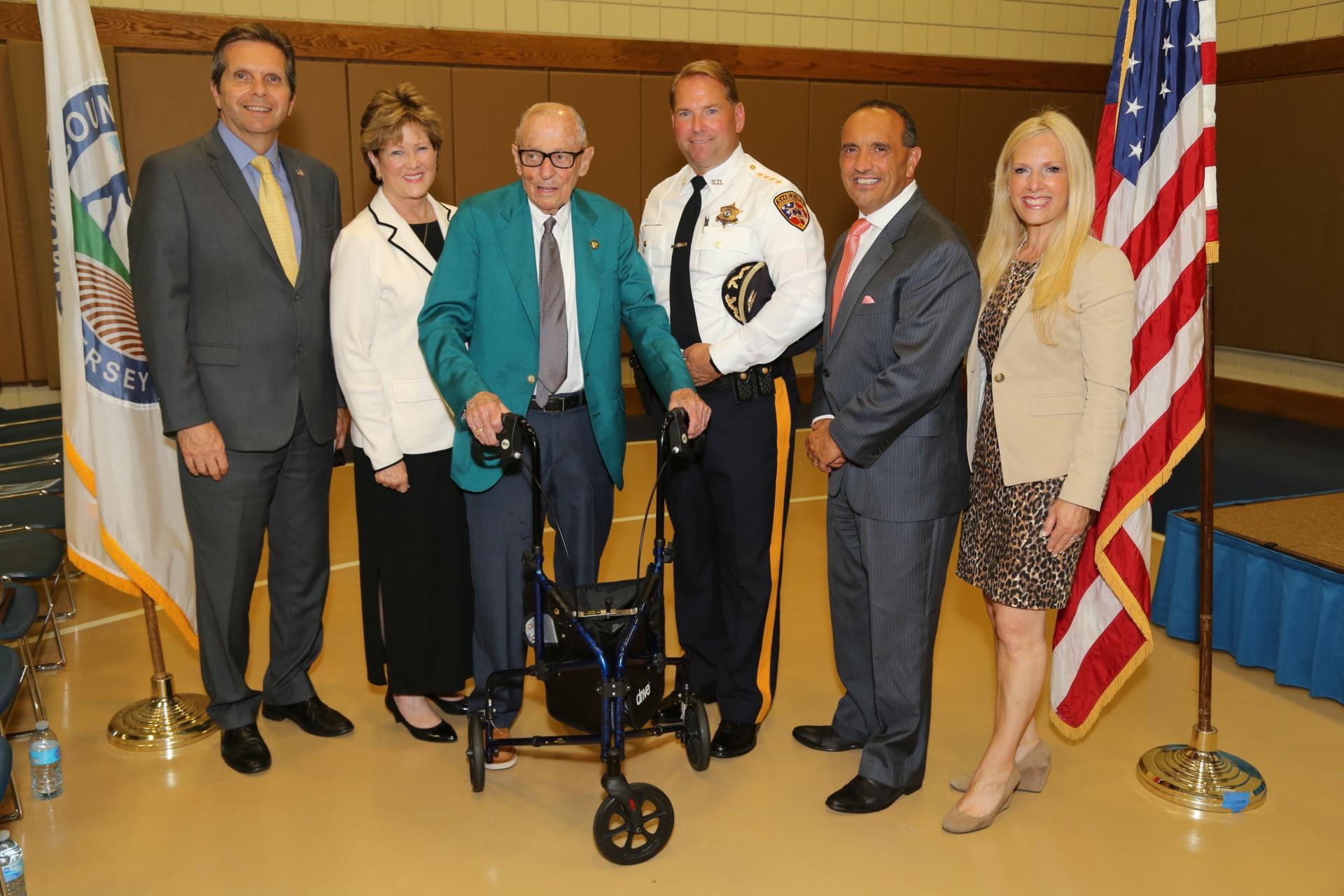 From its beginning in 1992 through the 27th graduating class in 2019, there has been one constant throughout the Sheriff Youth Week program, the sponsor who provided uniforms for the staff and cadets, William W. Wingard and his wife, Marie.  Following the passing of Mrs. Wingard several years ago, Mr. Wingard continued his support of Sheriff Youth Week until his passing on December 2nd.

From its first class in July 1992 under then Monmouth County Sheriff William M. Lanzaro, with sixteen cadets, to the 2019 class of 107 cadets representing 38 communities in Monmouth County under the watchful guidance of Sheriff Shaun Golden, well over 1500 young men and women have experienced what law enforcement and public training is like in a police academy environment. 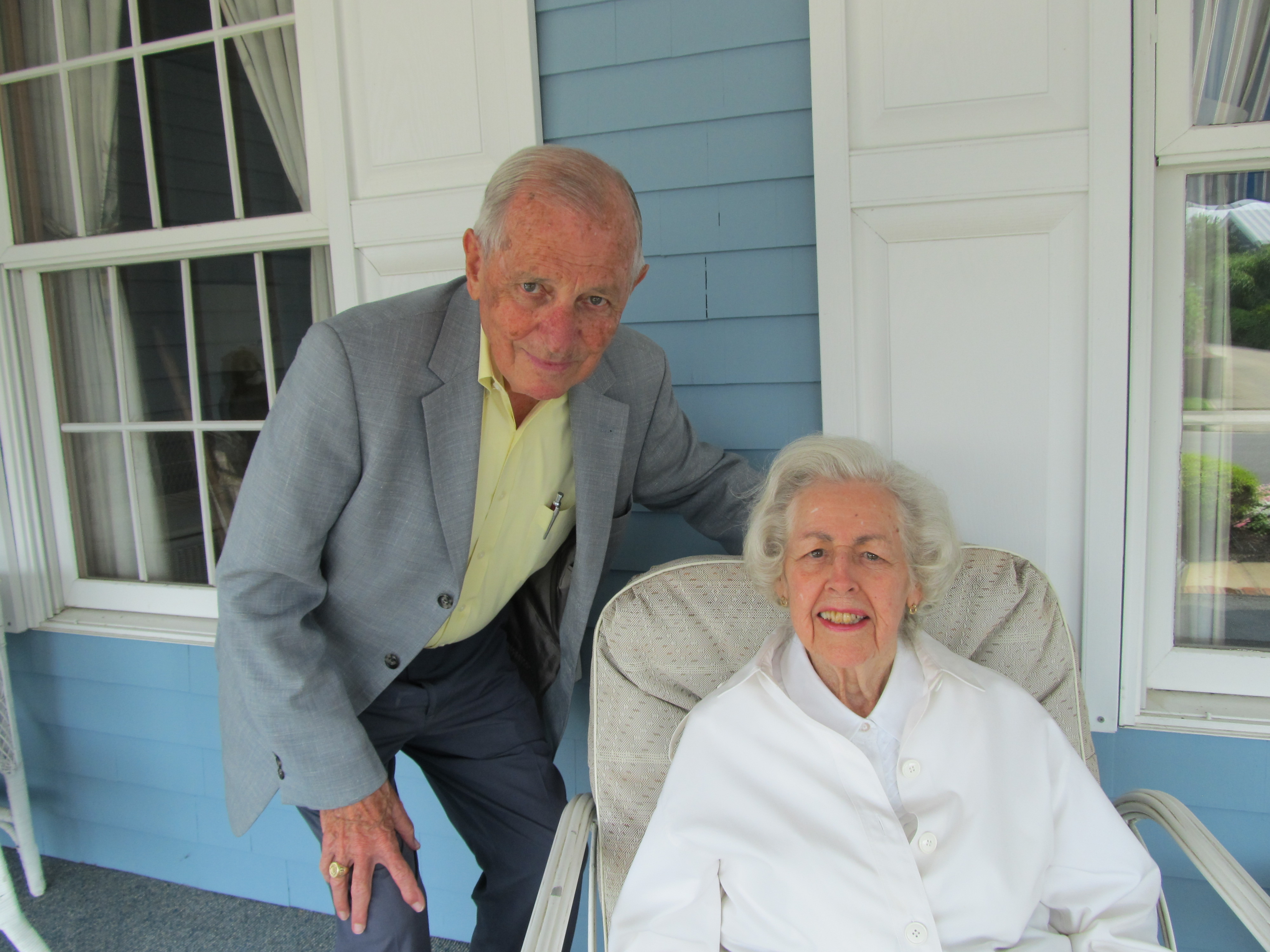 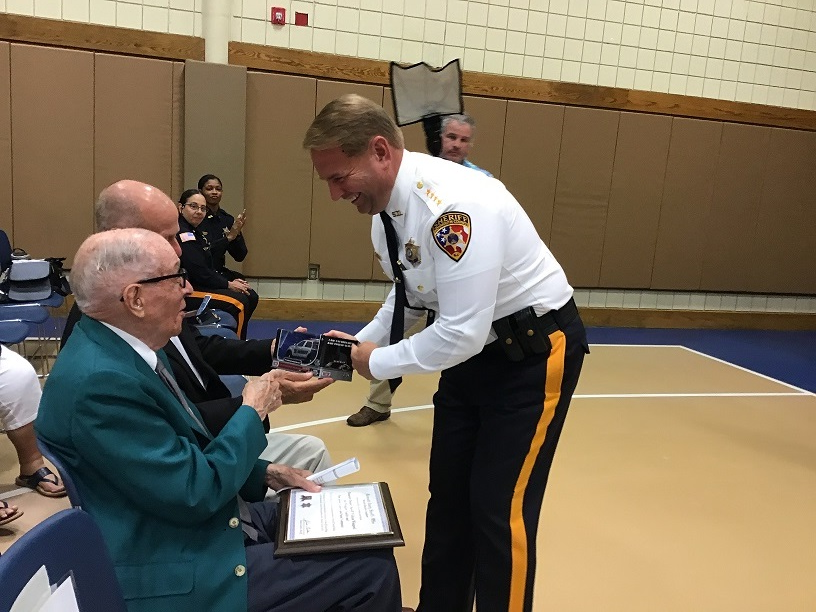 William Wingard was a lifelong resident of Monmouth County, served his country as a medic in the United States Navy in World War II, graduated Seton Hall University and joined the staff of New Jersey Gravel & Sand Company.  He served as a special police officer in Spring Lake, was a member of the Spring Lake First Aid Squad, served for many years as a Spring Lake Councilman where he championed the need for a new fire/police complex, and he revitalized the annual Memorial Day observance with the creation of Spring Lake Remembers.

He was a founding member of the 200 Club which honors those in public safety for their heroism and a benefactor to many individuals and organizations.

With his support for Sheriff Youth Week for nearly 30 years William Wingard, with the Monmouth County Sheriff’s Office, provided an opportunity for over 1500 young men and women of high school age to experience the opportunities that exist in the law enforcement profession.  The Monmouth County Sheriff’s Office mourns the loss of one of our own, Honorary Deputy Sheriff William Wingard. His legacy will live on in the Sheriff Youth Week cadets who already have, or will become, part of the law enforcement profession.

For a downloadable copy of this press release, click here:  News-Release-Sheriff Golden and the MCSO Pay Tribute to-Mr. William Wingard

The Gingerbread Ball
Scroll to top