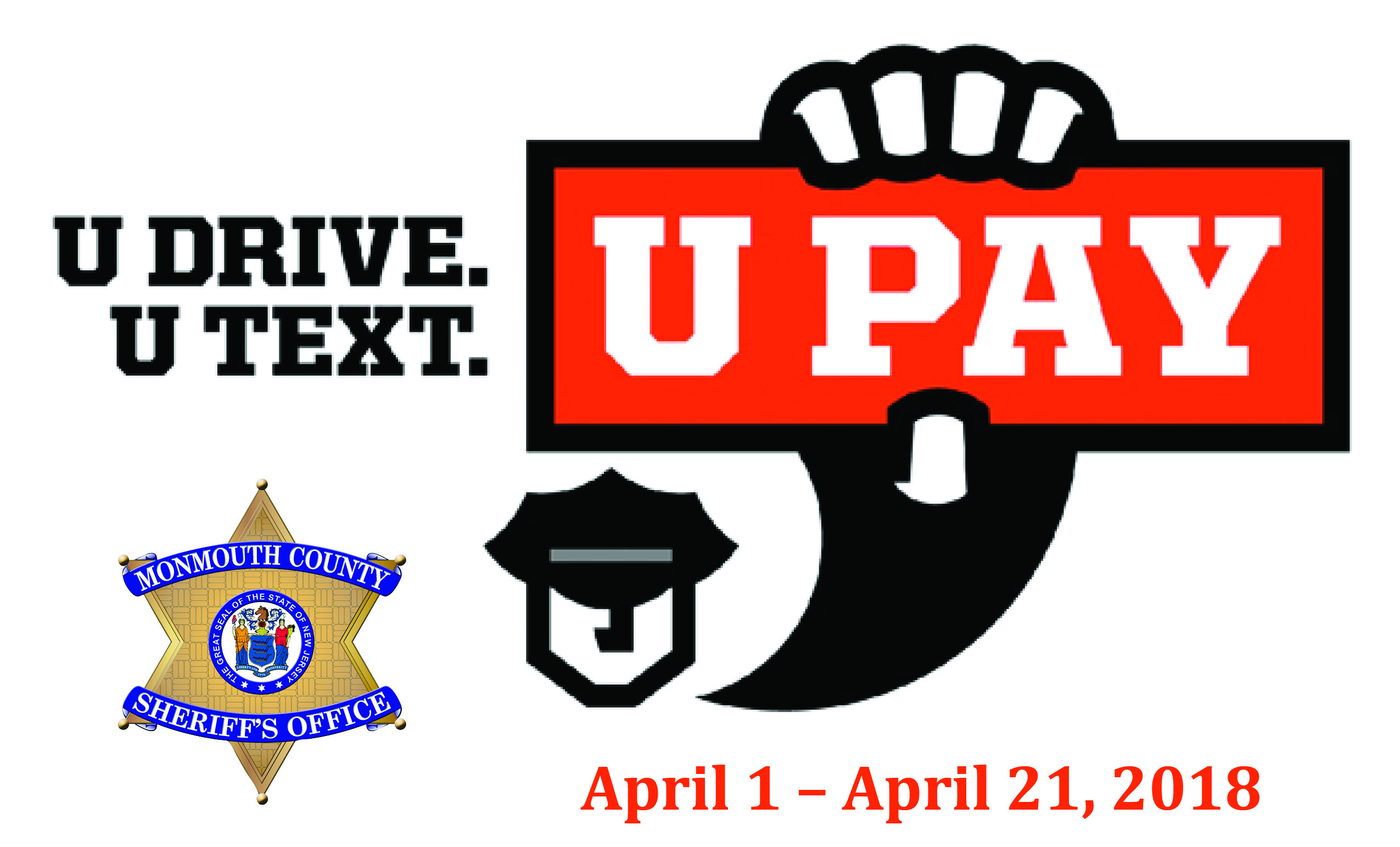 Monmouth County: The Monmouth County Sheriff’s Office, along with its partners in law enforcement, will be cracking down on distracted drivers during the month of April as part of New Jersey’s UDrive, UText, UPay, enforcement campaign.

Beginning April 1, which marks the start of Distracted Driving Awareness Month, and running through April 21, the high visibility law enforcement initiative will target motorists who engage in dangerous distracted driving behaviors, such as talking on hand-held cell phones and sending text messages while driving.

“We have seen too many crashes on our roadways as a result of distracted driving and this campaign will hopefully raise awareness of the dangers,” said Sheriff Shaun Golden. “Texting and talking on a cell phone while driving, is irresponsible and illegal. It takes the focus off of the roads and may have deadly consequences that otherwise could be avoided.”

“The National Highway Traffic Safety Administration reports that in 2015 alone, 3,477 people were killed in distracted driving crashes and an estimated 391,000 people were injured in motor vehicle crashes involving a distracted driver.”

In addition, the Monmouth County Sheriff’s Office remains a leader in an effort to keep drivers safe year round through its program, “Distracted Driving –Seconds that Could Change or End Your Life,” which is presented at schools throughout Monmouth County.

A 20 Hour Investment That Pays Dividends in Fighting Crime and Terrorism –...
Scroll to top