Monmouth County: Sheriff Shaun Golden is acknowledging Hispanic Heritage Month which begins Sept. 15 and runs through Oct. 15, through the many services and bi- lingual programs the Monmouth County Sheriff’s Office has to offer.

“Our agency is a leader when it comes to supporting issues and implementing bi- lingual programs in the Hispanic community,” said Sheriff Shaun Golden. “I’m proud to have the opportunity to mentor our Hispanic youths in an effort to ensure opportunity for them in the future.”

The Monmouth County Sheriff’s Office bilingual Dangers of Stangers Program is offered to elementary schools from kindergarten through second grade in Monmouth County and will be presented in the Neptune Township School District during Hispanic Heritage Month. It is conducted by the sheriff’s office bi-lingual officers and makes students aware of the dangers of strangers in their communities and elsewhere.

“Having this type of program is of great value to the students, particularly those from the ESL Programs, English as a second language, who could be considered more vulnerable,” said Sheriff Golden. 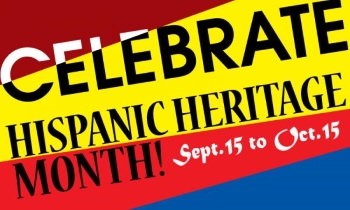 Along with the Dangers of Strangers, other bilingual programs offered through the sheriff’s office are Safe Cargo and Youth Identification.

In addition to public safety programs, the sheriff’s office also has a bilingual message tip line through its Law Enforcement Division, which is a safe and anonymous way to report a crime without the fear of retaliation. The number to report a crime is (732) 683-2100. The Communications Division provides translation services to non-English speaking residents when dialing the Monmouth County 9-1-1 Communications Center. Through an 800 number, dispatchers are provided with an interpreter who speaks the caller’s language where no time is lost as a result of a language barrier. In the visitors area of the Corrections Division all of the signs and bus schedules are in Spanish and bilingual officers are available to assist through the correctional facility when needed.

Through the agency’s continued support of important issues in the Hispanic Community, and its dedication to serve as role models to the youth, Sheriff Golden was one of the most recent honorees as an Outstanding Member of the Community, by the Latino American Association of Monmouth County.