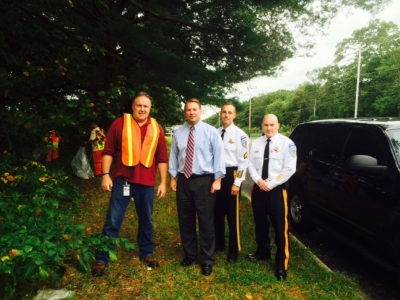 Last year, 1260 hours were dedicated to working on a range of projects through the Inmate Labor Program. The sheriff’s office transports and provides the security of the inmate labor crews.