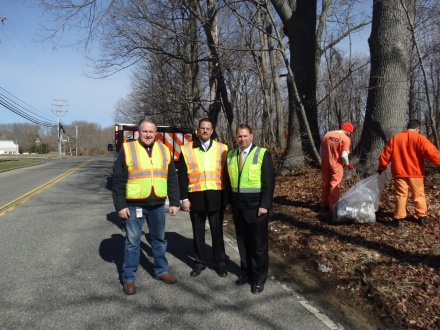 Last year, 1,300 hours were dedicated to working on a range of projects through the Inmate Labor Program. The sheriff’s office transports and provides the security of the inmate labor crews.

SHERIFF’S OFFICE IN THE FOREFRONT AS AUTISM AWARNESS MONTH GETS UNDERWAY SHERIFF GOLDEN AND THE BOARD OF CHOSEN FREEHOLDERS COMMEMORATE PUBLIC SAFETY...
Scroll to top