“I’m glad the sheriff’s office is able to provide such a valuable resource to municipalities through our Inmate Labor Program,” said Sheriff Shaun Golden. “The use of inmate labor to assist with the cleanup of our communities and storm damage recovery is a cost savings example of shared services.”
Offenders incarcerated for minor offenses with records of good behavior are eligible to be a part of the program. Inmates who enroll in the program participate in work projects as an alternative to spending their time in jail.

Last year, 1300 hours were dedicated to working on a range of projects through the Inmate Labor Program. 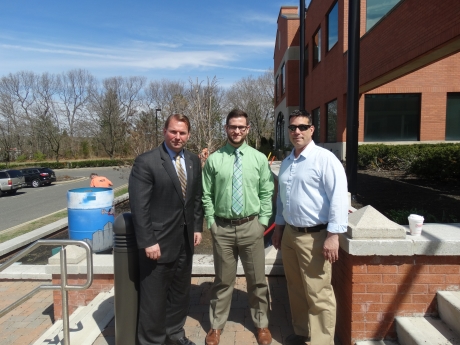 “This program not only helps the towns save money on labor but also assists the work crew in giving back to society,” said Sheriff Golden.
“This is a great example of government agencies working together,” said Deputy Mayor Rob Nicastro, Howell Township. “I commend the Monmouth County Sheriff’s Office for maintaining this much needed program.”