Red Bank: The Monmouth County Sheriff’s Office Inmate Labor Program was in full in operation in Red Bank to assist with landscaping and the cleanup of parks in the area. During the week of July 14, five inmates were transported to Red Bank from the Monmouth County Correctional Institutional where they trimmed hedges and trees, mulched and helped restore Marine and Count Basie Parks. 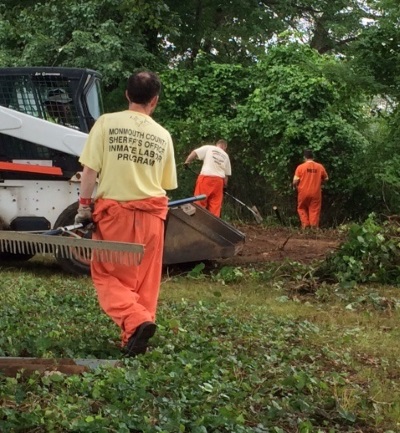