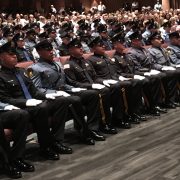 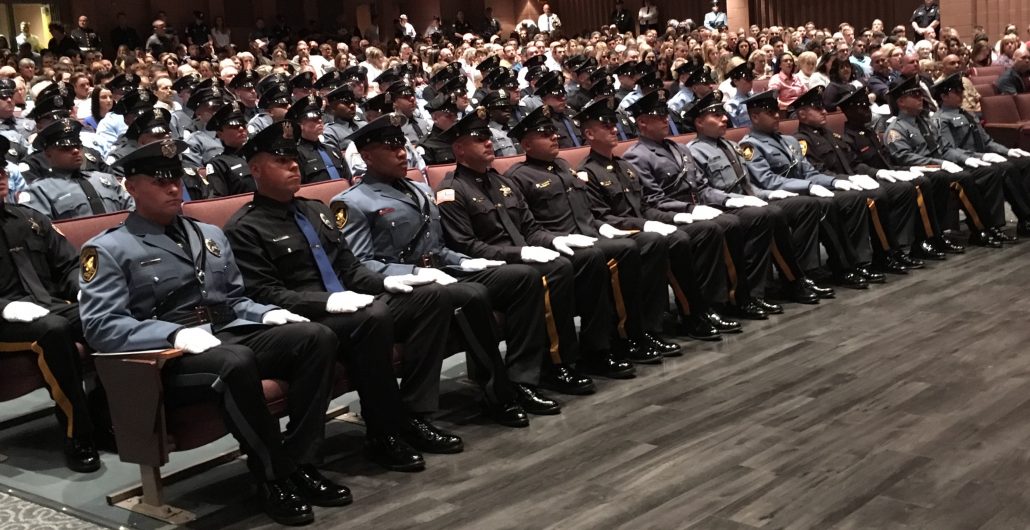 Freehold: Sheriff Shaun Golden is pleased to announce the graduation of the 90 newly sworn in law enforcement officers from the Monmouth County Police Academy. On May 24, 24 officers of the 92nd Basic Course for Police Officers and 66 officers of the 44th Basic Course for Class II Special Law Enforcement Officers received their police training commission certifications, during a ceremony at Neptune High School’s Performing Arts Center.

“By successfully completing this training, these fine men and women have demonstrated their commitment to law enforcement,” said Sheriff Shaun Golden, whose agency had four officers graduate. “That is a great privilege, since there is no higher responsibility, than maintaining public safety. I’m proud of their accomplishments and commend all for a job well done.”

The Basic Course for Police Officers is a 20 week program with 780 hours of training run through the Monmouth County Police Academy. The Basic Course for Class II Special Law Enforcement Officers is a three month program and consists of approximately 600 hours of training with full police powers while on duty. Both classes are run through the Monmouth County Police Academy. Upon successful completion of the police training commission approved curriculum, the officers are well trained and well prepared to serve their respective law enforcement agencies.

“Through their strong commitment and hard work, we can be sure that these graduates will serve our residents and communities well as they begin successful careers in law enforcement,” said Prosecutor Christopher Gramiccioni. 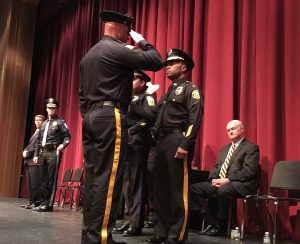 “All of these graduates have completed a rigorous training program, at a first rate police academy from Monmouth County’s exceptional instructors,” said Deputy Freeholder Director John P. Curley, who gave remarks. “I’m confident they will embark on successful careers and become dedicated members of law enforcement.”

For a downloadable version of this press release which includes a list of graduates , click here: News-Release-Police-Recruits-Embark-on-Career-in-Law-Enforcement

Sheriff To Step Up Patrols And Asks Public To Remain Vigilant