Freehold: Sheriff Shaun Golden began the week by talking to the Sheriff Youth Week recruits about commitment, attitude and perseverance and ended it on graduation day, by proudly handing certificates to the 110 participants who completed the 27th annual Sheriff Youth Week Program. The highly recognized program ran from July 8 through July 12 and is anything but an ordinary week of summer camp. It equips high school aged students with a unique opportunity to explore interests in law enforcement through police academy-style training, exercise activities and instructional sessions. 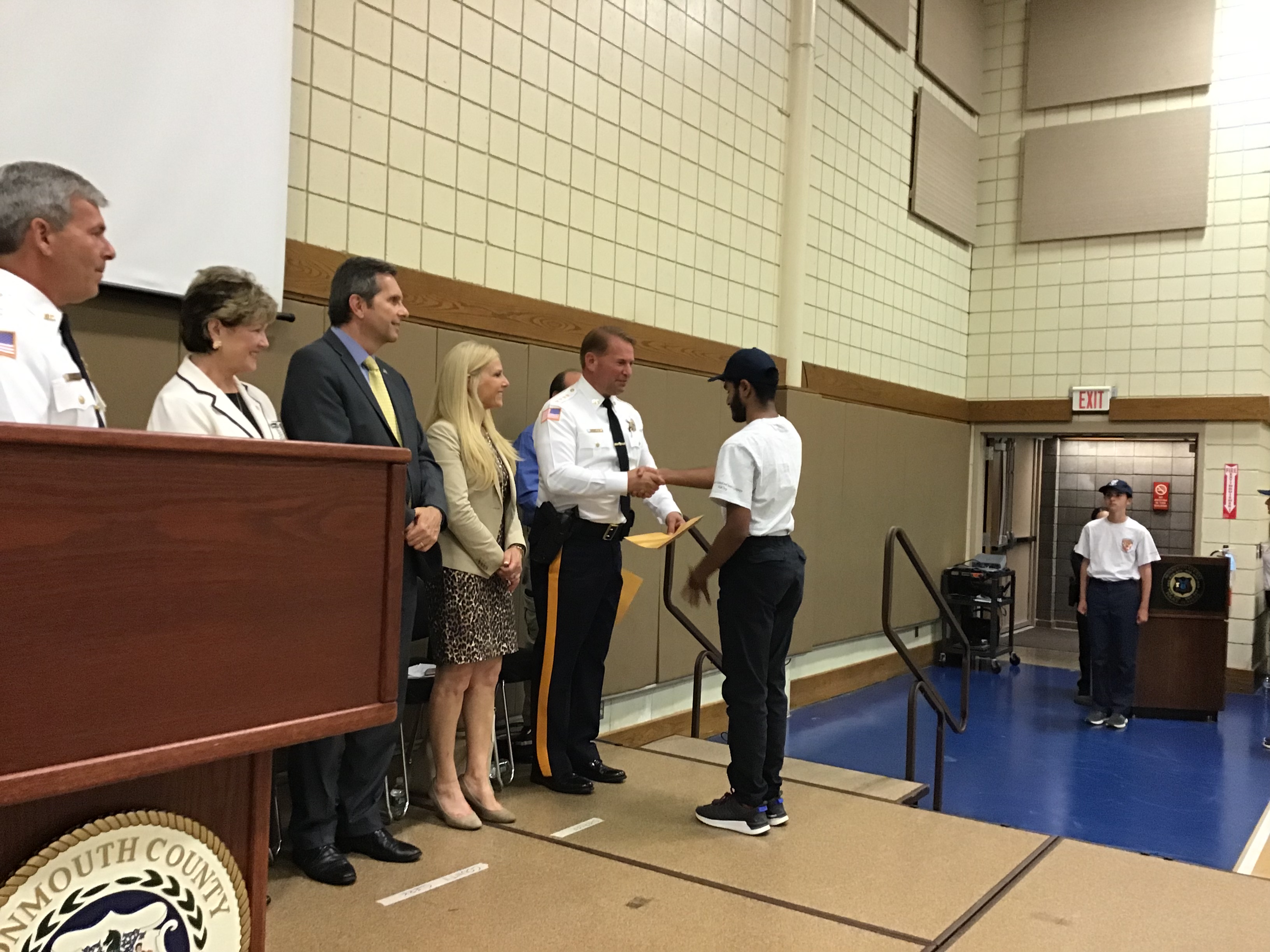 “We are so proud of the entire Sheriff Youth Week class for staying the course and commend them for completing this intensive week of law enforcement training,” said Sheriff Golden. “The program provides the graduates with an opportunity to explore the realm of possibilities of a career in public safety. As a result, many will become our future leaders in law enforcement.”

Each day began with drill and ended with exercise. During the week, the class learned about various law enforcement topics and agencies. An overview of the Monmouth County Sheriff’s Office Law Enforcement, Communications and Corrections Divisions was provided. Interactive sessions included mock drills from the Corrections Emergency Response Team (CERT), and the Monmouth County Emergency Response Team, MOCERT. A major focal point of the week was when recruits spent the day at the Situational Training And Response Simulator, STARS facility. 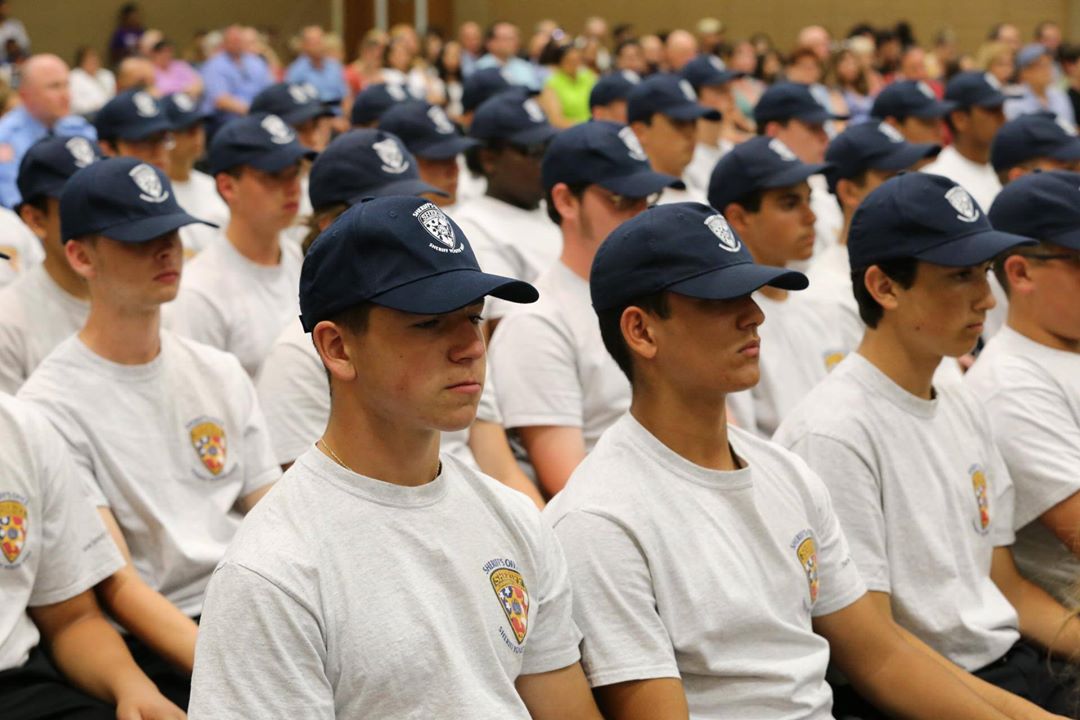 In rotational groups, recruits learned about the VirTra Simulator, a decision making and tactical firearms virtual threat simulator, which is equipped with five large screens and shows real life types of scenarios. In addition, K-9, Project Lifesaver, vehicle simulator, drone, dive team and motor vehicle stop demonstrations were conducted, along with a display of special operations and equipment. Also included throughout the week were presentations on vaping and opioid  awareness, internet safety, women in law enforcement, emergency medical awareness training and bicycle patrol with an interactive police bicycle course, and an entire regimen of health and fitness including a 5-K run.

“Sheriff Youth Week has been a great experience. I’ve learned a lot about the different aspects of law enforcement and as a result I’m thinking about pursuing a career in the field,” said James O’Toole III, Union Beach.

“The program has been very challenging, tough and fun and that’s why I enjoyed it. It has made me respect police officers and the hard work they put in to protecting the public,” said Richler Innocent, Belmar.

“Sheriff Youth Week is a great program and helped me become a better leader. The lectures were very interesting and the hands on experiences and demonstrations opened our eyes to what law enforcement is all about,” said Ava Gregorio, Marlboro.

“It gave me courage to be up for a challenge. I made a lot of friends and thank all the instructors for their guidance,” said Jaxell Larios, Neptune. 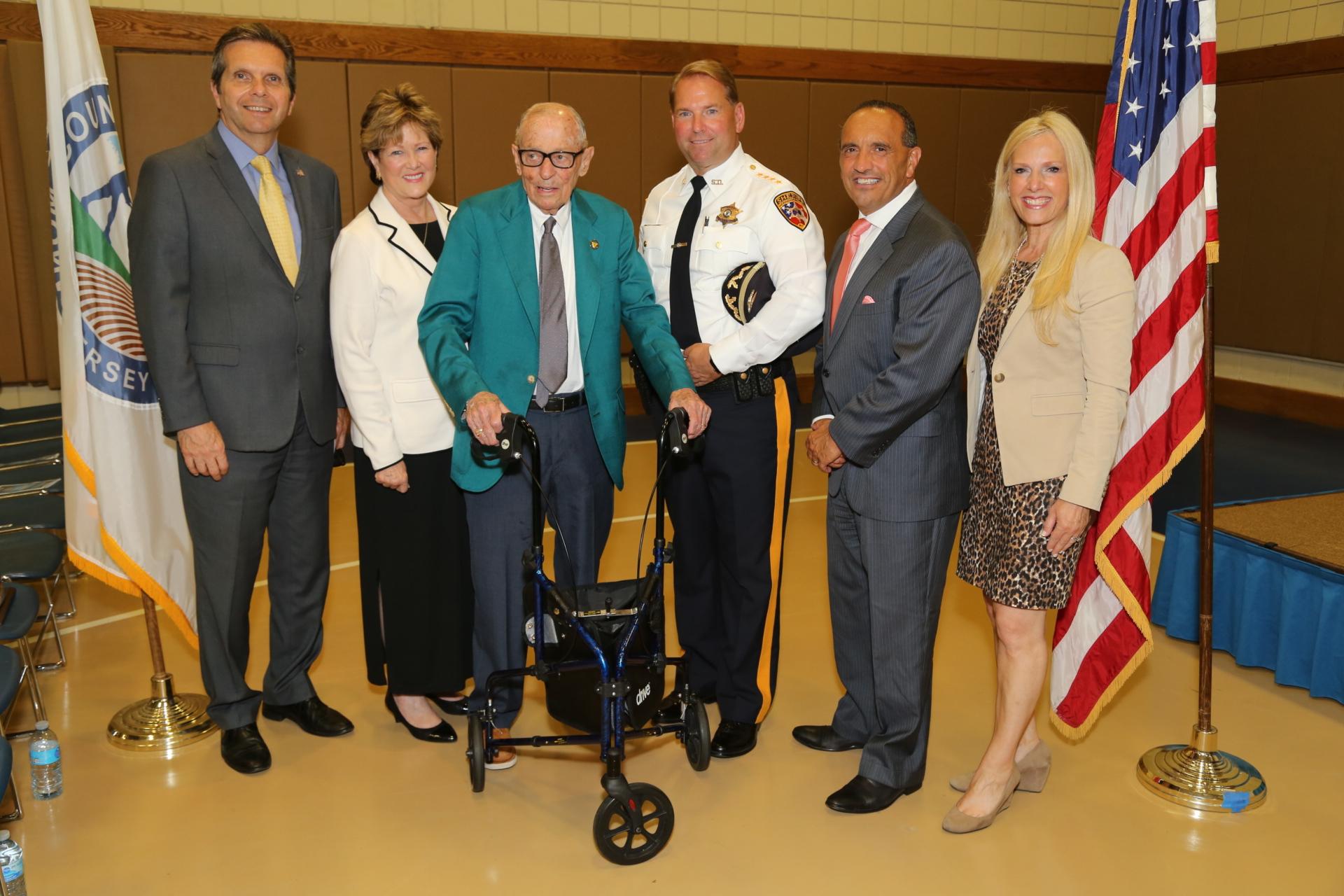 During the graduation, Sheriff Golden and Freeholder Director Tom Arnone specially recognized Hon. Deputy Sheriff William Wingard of New Jersey Gravel & Sand in Wall Township. Mr. Wingard and the late Mrs. Wingard have been the sponsors of Sheriff Youth Week since 1992 and were acknowledged at the graduation ceremony for their dedication and commitment throughout the years.