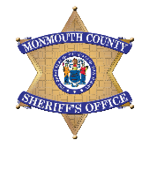 Sheriff Shaun Golden is hopeful the Division of Criminal Justice will recognize the value of the 287 (g) program and agree to its continuance at the Monmouth County Correctional Institution.

The Memorandum of Agreement to extend the 287 (g) program which is highly successful in the corrections division, went into effect on March 8, 2019, prior to the Attorney General directive and the receipt of the Division of Criminal Justice’s post facto memo, outlining guidelines on April 30, for continuation of the program. In response to the letter from the Department of Criminal Justice, dated July 8, the sheriff’s office along with ICE will compile information and is hopeful the program will continue.

“The 287 (g) program has been in effect at the Monmouth County Correctional Institution for 9 years. The program is only instituted at the correctional facility on incarcerated individuals, brought to the jail by local law enforcement agencies,” said Sheriff Shaun Golden. “It is highly regarded and essential, particularly in light of bail reform, as these individuals are charged with serious crimes.”

In 2018, a total of 7,845 inmates were processed at the Monmouth County Correctional Institution, 40 of them were found to be undocumented immigrants. That’s nearly one half of one percent who were turned over to ICE within a 24 hour time period.

The sheriff’s office has been a cooperative partner with federal, state and local agencies when protecting the public and ensuring safety. Law enforcement throughout Monmouth County never wants to be faced with a situation where a dangerous, undocumented immigrant is released from jail and poses a threat to a community.

Sheriff Warns About The Dangers Of Fireworks