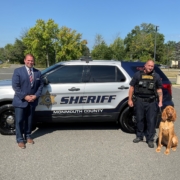 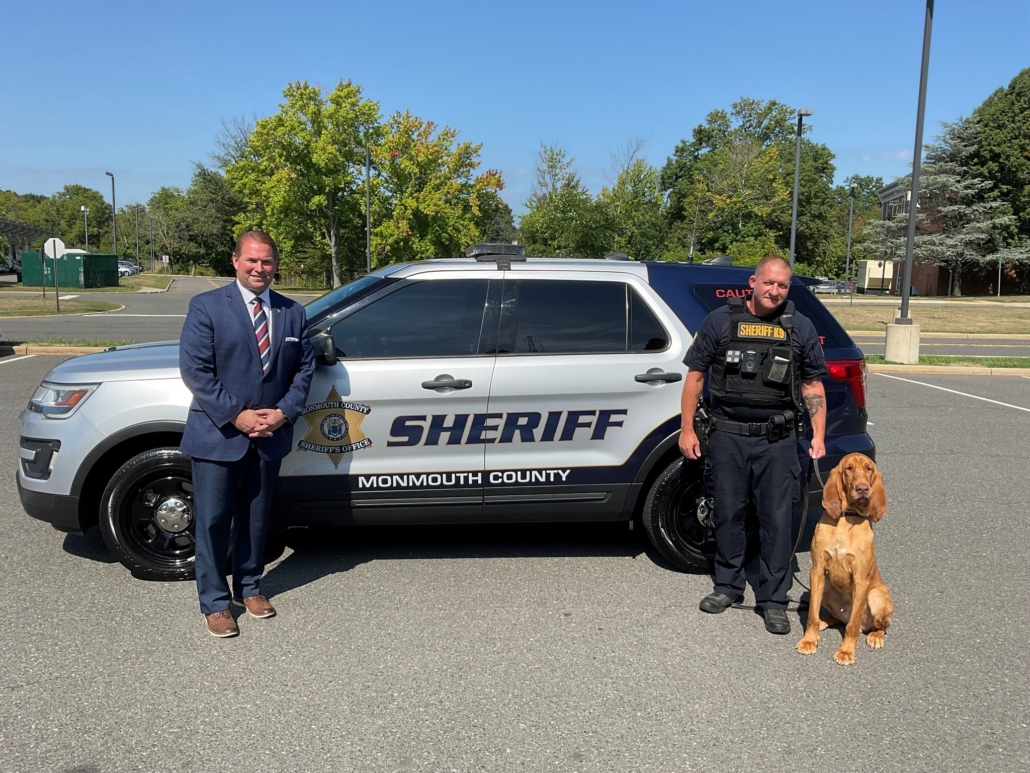 “Reese will be a significant asset to our K-9 Unit, since his sole purpose is to locate individuals,” said Sheriff Shaun Golden. “Through tracking and trailing, this highly trained K-9, with a stronger sense of smell than any other breed, will assist the sheriff’s office and local police departments in apprehending criminals, locating missing persons and those with special needs.”

Reese is the third bloodhound the Monmouth County Sheriff’s Office has in the K-9 Unit. He came to the agency from the Spring River Bloodhounds in Missouri. It’s estimated that a bloodhound’s nose has 230 million olfactory cells, or “scent receptors”- 40 times the number in humans. They are trained to track skin cells from humans. Reese and S/O Mindo trained with bloodhound instructors from the Ocean County Sheriff’s Office for twelve weeks. 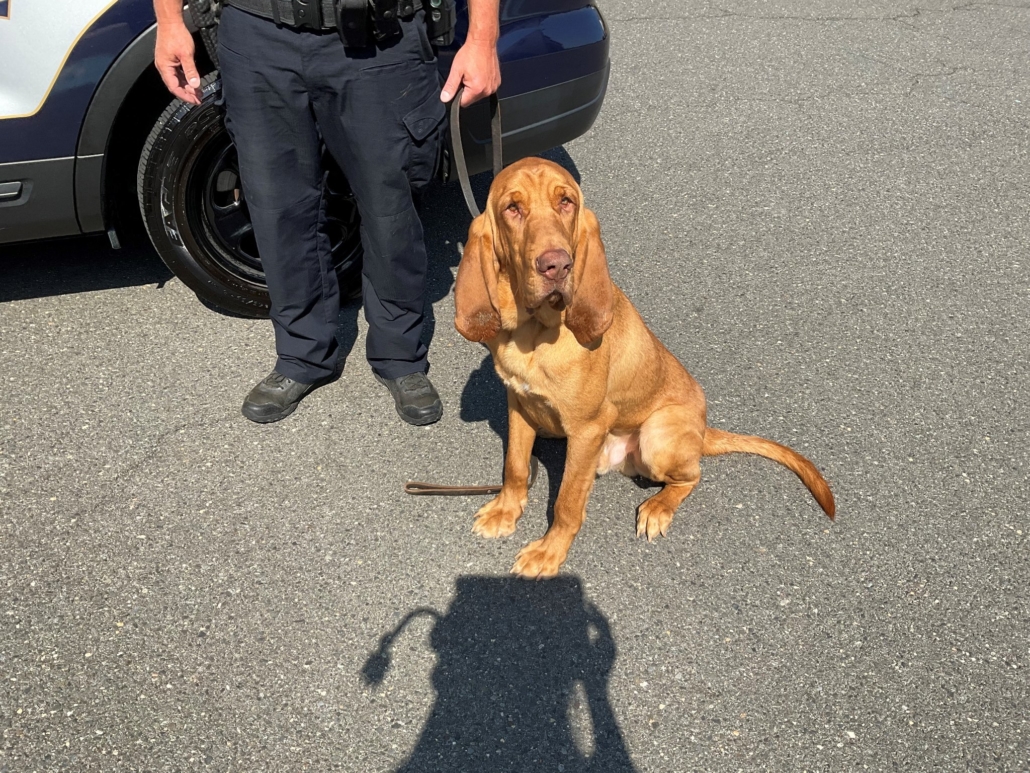 During training the team tracked scent in rural, urban and residential areas and through bodies of water, the woods, fields, creeks and garbage, as well as parking lots and busy roadways.

“I’m grateful to Sheriff Golden and the Monmouth County Sheriff’s Office for providing Reese and me with this opportunity,” said S/O Michael Mindo. “During training, Reese’s determination and persistence was exceptional. I’m confident that he will be a great addition to the K-9 Unit.”

For a downloadable version of this press release, please click here:  News Release – Newest K-9 Has a Nose for Sniffing Out Crime

Sheriff’s Marine One Enforces No Wake Zone To Ensure Safety In Shark ...
Scroll to top