Monmouth County: Sheriff Shaun Golden wants all to be safe out on our waterways as the Memorial Day weekend approaches. Sheriff’s Officers along with our partner in law enforcement, the New Jersey State Police Marine Services Bureau, will be out during the weekend patrolling the shore areas in an effort to ensure safety.

“Whether on the waterways or the roads we want all to be safe during the unofficial kick off to the summer season,” said Sheriff Shaun Golden. “Our new vessel will be utilized in response to critical water related incidents.”

As a reminder it’s important to follow safe boating tips:

Monmouth County is a prime destination for boating and fishing with 196 square miles of water area including 27 miles of coast line.  Those waterways include several rivers and bays that flow from the Raritan Bayshore through the Raritan Bay, Lower New York Bay and into the Atlantic Ocean.  The Manasquan Inlet connects the Atlantic Ocean with the estuary of the Manasquan River, a bay-like body of salt water that serves as the starting point of the Intercoastal waterway, and attracts as many as 1,600 boats each weekend during peak season.  Gateway National Park (Sandy Hook) has a park attendance each summer season reaching over two million.  Monmouth County is also home to Naval Weapons Station Earle, homeport to 3 navy ships with a combined crew of 580 military and civilian personnel.  There are more than 200,000 registered vessels in New Jersey, not including the vessels that enjoy our waters during the summer from the tri-state area.  In addition, Monmouth County is home to two commuter ferry services and three terminals that provide transportation to and from New York City for approximately 4,000 customers per day. 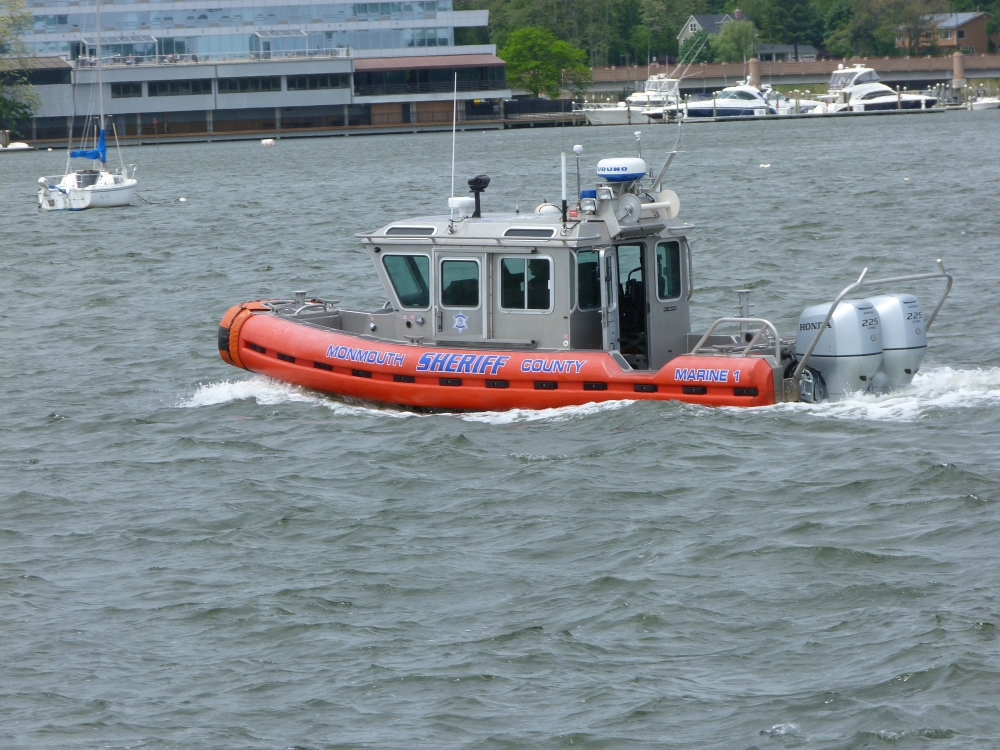 News Release- MCSO Wants all to be Sate on Waterways