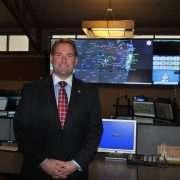 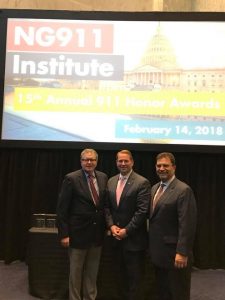 Washington DC: Sheriff Shaun Golden travelled to Washington D.C. this week where he became the recipient of a prestigious award, confirming the commitment that the Monmouth County Sheriff’s Office 9-1-1 Communications Center provides some of the highest level of emergency services across the country. On Feb. 14, the NG9-1-1 Institute, a non-profit organization that promotes the advancements of 9-1-1 services, presented Sheriff Golden with the Outstanding 9-1-1 Call Center/Program Award.

“Thank you to the NG9-1-1 Institute for recognizing the efforts and results of our great team at the Monmouth County 9-1-1 Communications Center,” said Sheriff Shaun Golden. “A special acknowledgement to the Monmouth County Board of Chosen Freeholders and to all of our partners we serve under shared services agreements.  It is their vision and cooperation that allows us to save lives with the most effective and efficient technology being deployed by the best trained operators in the world, while saving tax payers millions of dollars annually.”

NG9-1-1 works closely with the Congressional NextGen 9-1-1 Caucus by serving as a resource to further the progress of 9-1-1 and Next Generation 9-1-1 services throughout the nation. The award was presented to Sheriff Golden by Commissioner Michael O’Rielly, Federal Communications Commission, Rep. Chris Smith 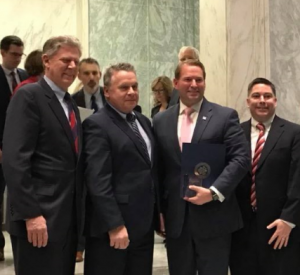 and Rep. Frank Pallone Jr. at the Rayburn Office Building, which is utilized by the U.S. House of Representatives.

The award recognizes overall excellence in 9-1-1 services, which includes how emergency services are handled along with the advancement of new technology.

“It was a privilege to nominate Sheriff Golden and the Monmouth County 911 Center as one of the Outstanding 911 centers in the country.  The NG9-1-1 Institute could not have picked a more deserving center to receive the award.  I was honored to be part of the ceremony and congratulate Sheriff Golden and his team on receiving this prestigious award,” said Robert Ivanoff, President, New Jersey Wireless Association

The Monmouth County Sheriff’s Office 9-1-1 Communications Center serves as a hub for county emergency services and is a blueprint for state of the art communications centers statewide. It is staffed with 114 public safety telecommunicators who answer 9-1-1 calls for 50 agencies, which includes 47 municipalities, Brookdale Community College, Monmouth University and Naval Weapons Station Earle.  It also provides dispatch services for 22 police departments, 69 fire companies and 37 first aid squads. The Communications Division processes more than 750,000 calls annually. In addition, the center has an interoperability network system, which provides all county and local first responders the ability to communicate with each other during large-scale incidents through data and voice communications.

“I am so proud of Monmouth County’s 911 call center for being a top center in the country for serving our communities with excellence in their moments of greatest need,” said Rep. Chris Smith, 4th Congressional District. 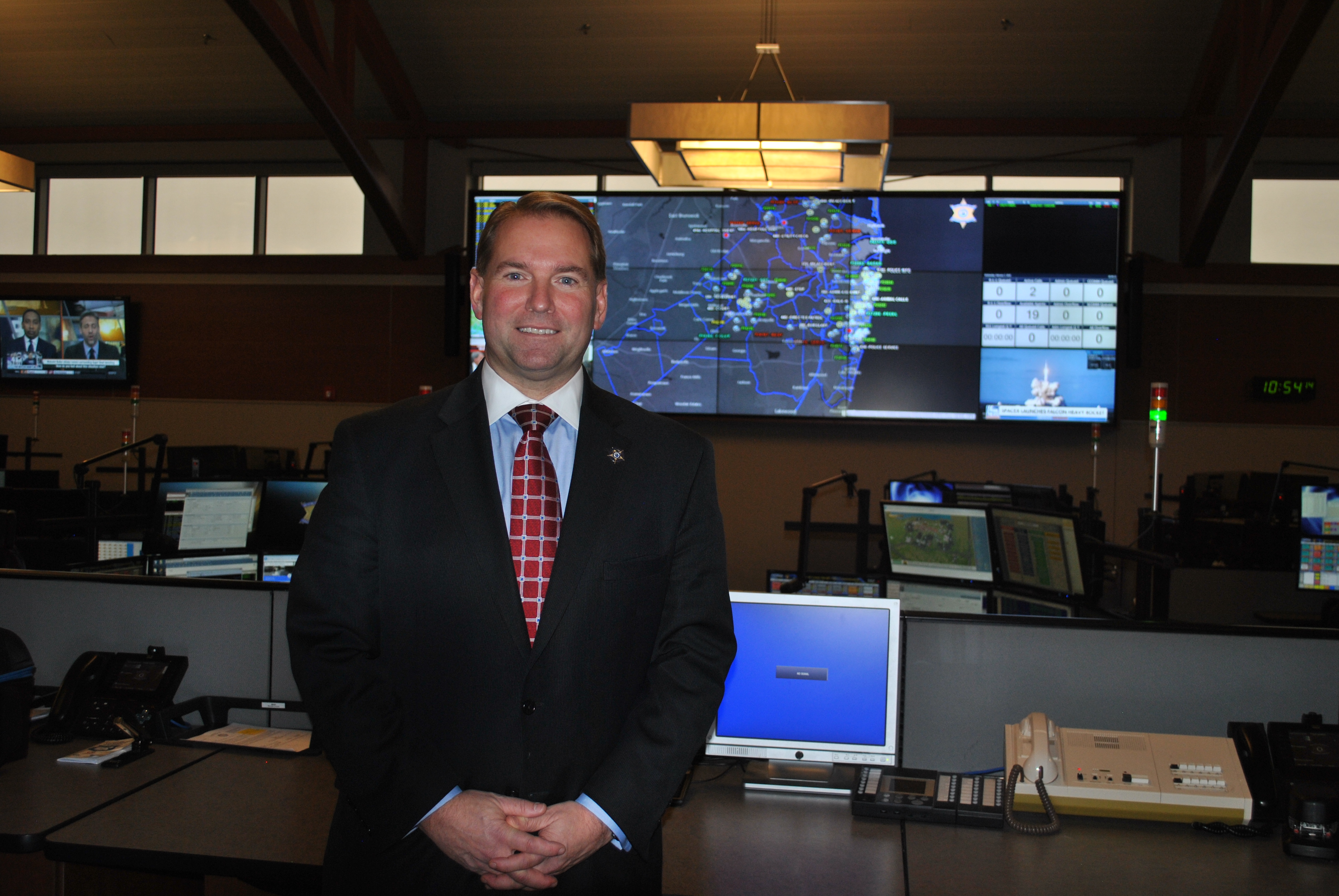