“I’m glad the sheriff’s office is able to provide such a valuable resource to municipalities through our Inmate Labor Program,” said Sheriff Shaun Golden. “The use of inmate labor to assist with the restoration of buildings, cleanup of our communities and storm damage recovery is a cost savings example of shared services.” 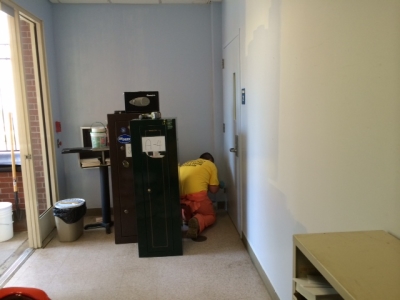 “This program not only helps the towns save money on labor but also assists the work crew in giving back to society,” said Sheriff Golden.
Past inmate labor projects have included cleanup from storm damage recovery, carpentry, painting, working with parks and public works departments and the restoration of historic sites including a Civil War era cemetery.