“The Monmouth County Sheriff’s Office, in partnership with numerous agencies, prepares for emergencies such as natural disasters, active shooters, mass casualties and chemical threats throughout the year by conducting drills, training, tabletops exercises and educational programs,” said Sheriff Shaun Golden whose agency runs the Office of Emergency Management. “These types of training exercises are critical in ensuring that we can effectively and efficiently respond to crises situations. It’s vital the public plays a role as well by preparing, planning and staying informed.”

National Preparedness Month is a great time to reinforce Know Your Zone and learn which  evacuation zone you are within by visiting https://www.mcsonj.org/knowyourzone/ and to verify that you have the proper insurance to cover your home or business from damages as a result of a storm or other emergency.

The Know Your Zone initiative was implemented by OEM three years ago to educate residents, visitors and businesses about coastal evacuation zones. Know Your Zone is the first of its kind in New Jersey and directly connected to the Monmouth County’s Coastal Evacuation Plan. It will allow OEM to direct any evacuation 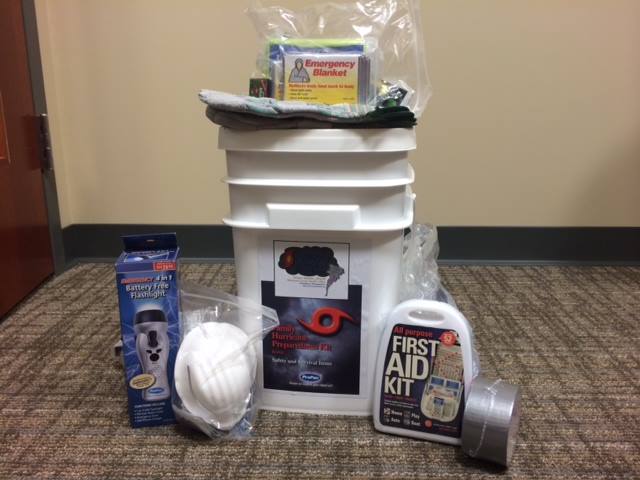 instructions to those that are at the greatest risk of experiencing storm surge during major coastal storms in protection of lives and property. The tiered system creates 4 distinct zones A, B, C, & D and will allow for clearer and more decisive messaging when evacuations are needed. As the public becomes aware of which zone they are in, evacuation messaging will be directed toward a specific zone.

“Sharing information and communicating are vital pieces when dealing and working in emergency management,” said Mike Oppegaard, Monmouth County Office of Emergency Management Coordinator, “National Preparedness Month makes it easier and more accessible for people and communities to get involved and review how to prepare and react should they be faced with a disaster or emergency.”

Another way the sheriff’s office assists the public in disaster preparedness is through its STORM Program. Seniors Taking on Readiness Measures was created as a result of Hurricane Irene and Superstorm Sandy. It equips those who are among the most vulnerable populations with emergency preparedness information, assists them in providing a family disaster plan and provides them with an emergency kit. The program was presented in Middletown on August 1 and will be presented in Belmar and Neptune in September. STORM has provided more than 2500 kits to approximately 3000 seniors.

The app provides instant access to sheriff’s office related information, which includes real-time emergency notifications through its integrated push notification system that automatically displays the message on the phone.

Users are able to be instantly alerted to weather, or other emergency related situations, from the Monmouth County Sheriff’s Office and the agency’s Office of Emergency Management. The OEM section of the app includes important information regarding the warning signs of hurricanes, tornadoes and flash floods as well as other weather related events. To download the free Monmouth County Sheriff’s Office app, visit the Apple App Store or the Google Play Store.

“It can be challenging during emergency situations to get information out, but the Monmouth County Sheriff’s Office does an exceptional job when providing consistent, official messaging to a large group of residents. In addition to social media and our website, which are updated regularly, this app is another tool to keep the public informed that we encourage all residents to utilize,” said Sheriff Golden.

Sheriff Golden Urges All To Have A Safe Holiday Weekend And Not Drink And D...

The HOPE One Monmouth Mobile Unit – Bringing HOPE To Those Who Need It...
Scroll to top