Monmouth County: Sheriff Shaun Golden wants all to enjoy the backyard barbeques, family gatherings as well as professional fireworks displays that will be taking place in Monmouth County to mark the Fourth of July holiday. During this celebration, the Monmouth County Sheriff’s Office is reminding people that fireworks are dangerous, illegal and should only be handled by the professionals. According to the U.S. Consumer Product Safety Commission, between June 20, 2014 and July 20, 2014, an estimated 7,000 consumers were treated in hospital emergency rooms from fireworks- related injuries.

“The result of fireworks being handled in the wrong way can cause serious injuries,” said Sheriff Shaun Golden. “It’s important to know that the danger is not only limited to general Fourth of July fireworks. Even sparklers should be kept away from children, as they can easily cause harm.” In 2014, during a two week period, prior to and after the Fourth of July holiday, the Monmouth County 9-1-1 Communications Center received 149 calls related to fireworks. For 2013, during that time period, there were 130 fireworks related calls.

“It’s our intent to have that number decrease even more this year by sending the message out to stay clear of fireworks,” said Sheriff Golden. “Let the professionals handle the fireworks and celebrate America responsibly and safe.” New Jersey Criminal Code Title 21:2-6 states: “It shall be unlawful to manufacture, sell, transport or use dangerous fireworks within the state.” Dangerous fireworks are defined in Title 21:2-3 as: 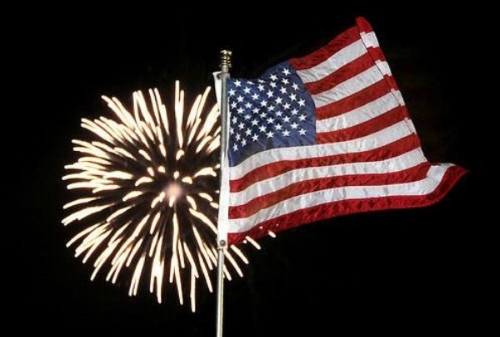 News Release-MCSO Warns About the Dangers of Fireworks