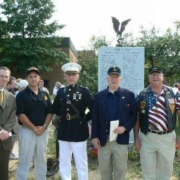 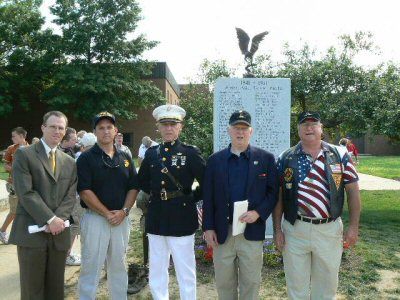 Sergeant Vinnie Soviero served in Vietnam in an airborne unit where he maintained and operated 30 and 50 caliber machine guns on the ground and in the air.  He was honorably discharged as a sergeant from the USMC.  After serving in the USMC, Mr. Soviero joined the New Jersey State Police and served 25 years before retiring as a sergeant.  After his retirement from the New Jersey State Police, he spends his time playing the saxophone and directing “The Two River Band and Orchestra.”