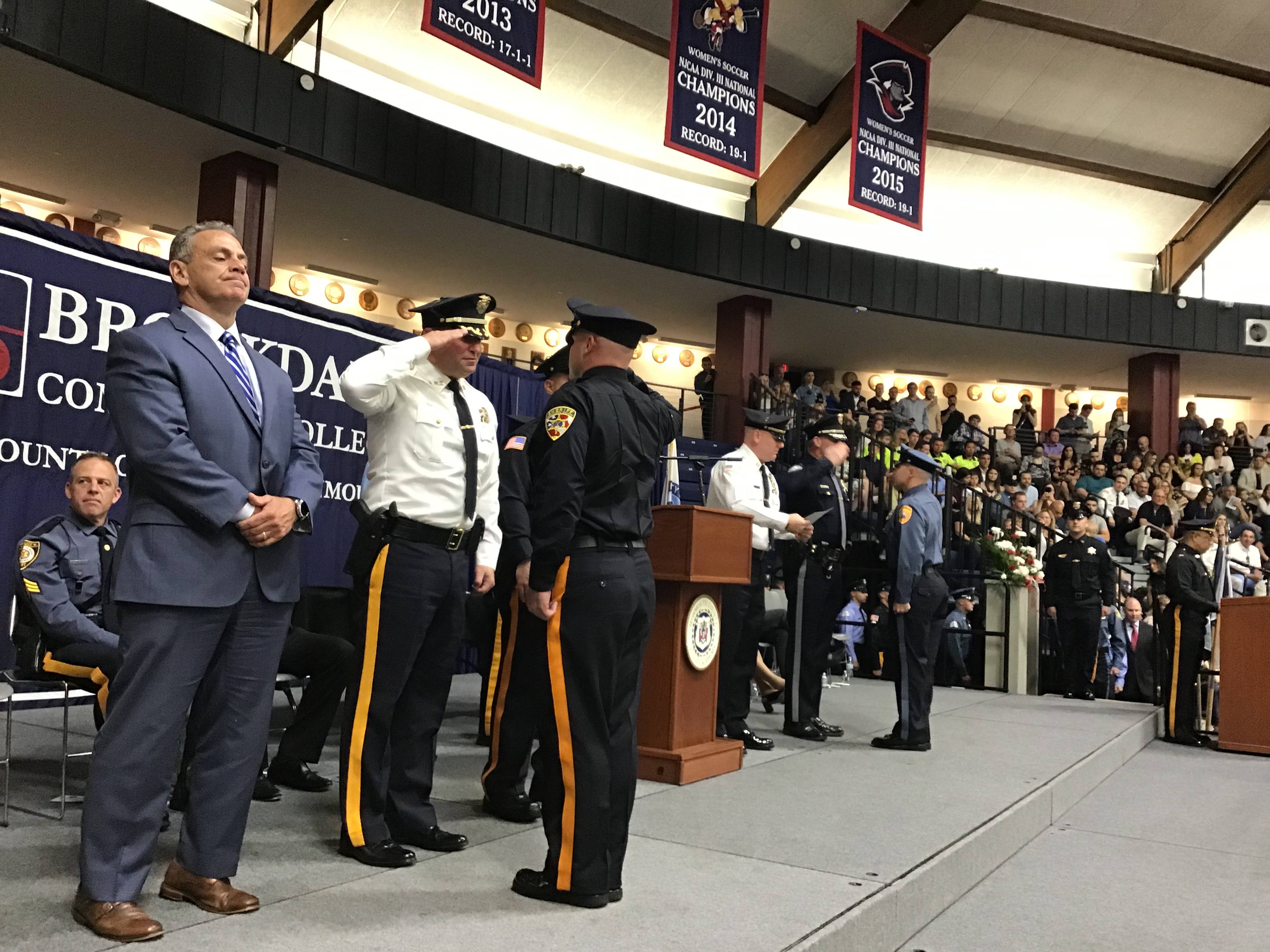 “By successfully completing this training, these fine men and women have demonstrated their commitment to law enforcement and corrections,” said Sheriff Shaun Golden, whose agency runs the Monmouth County Police Academy and had six officers graduate from the basic recruit class and one officer graduate from the corrections class. “That is a great privilege, since there is no higher responsibility, than maintaining public safety. I’m proud of their accomplishments and commend all for a job well done.” 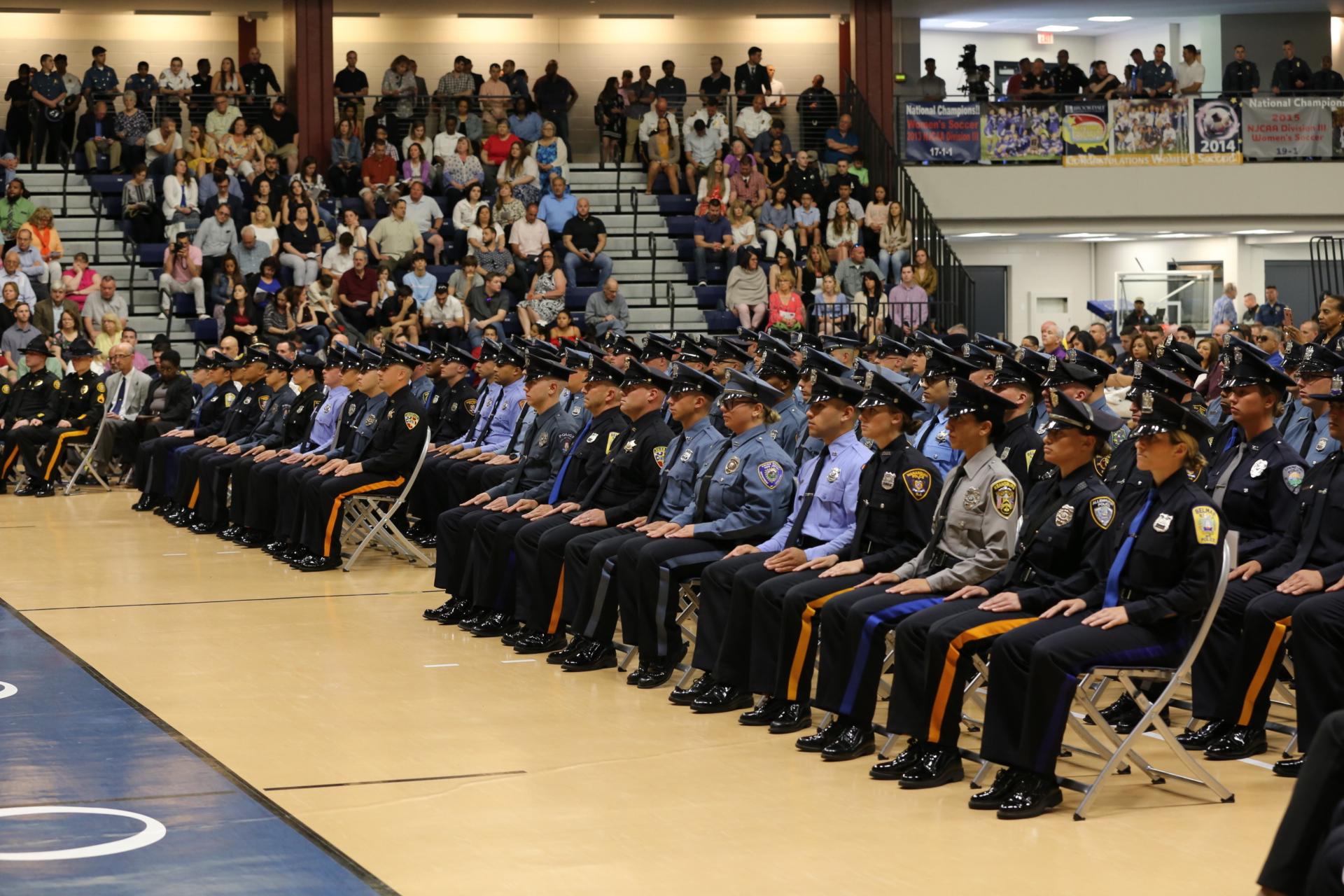 “Through their strong commitment and hard work, we can be sure that these graduates will serve our residents and communities well as they begin successful careers in law enforcement,” said Monmouth County Prosecutor Christopher J. Gramiccioni. 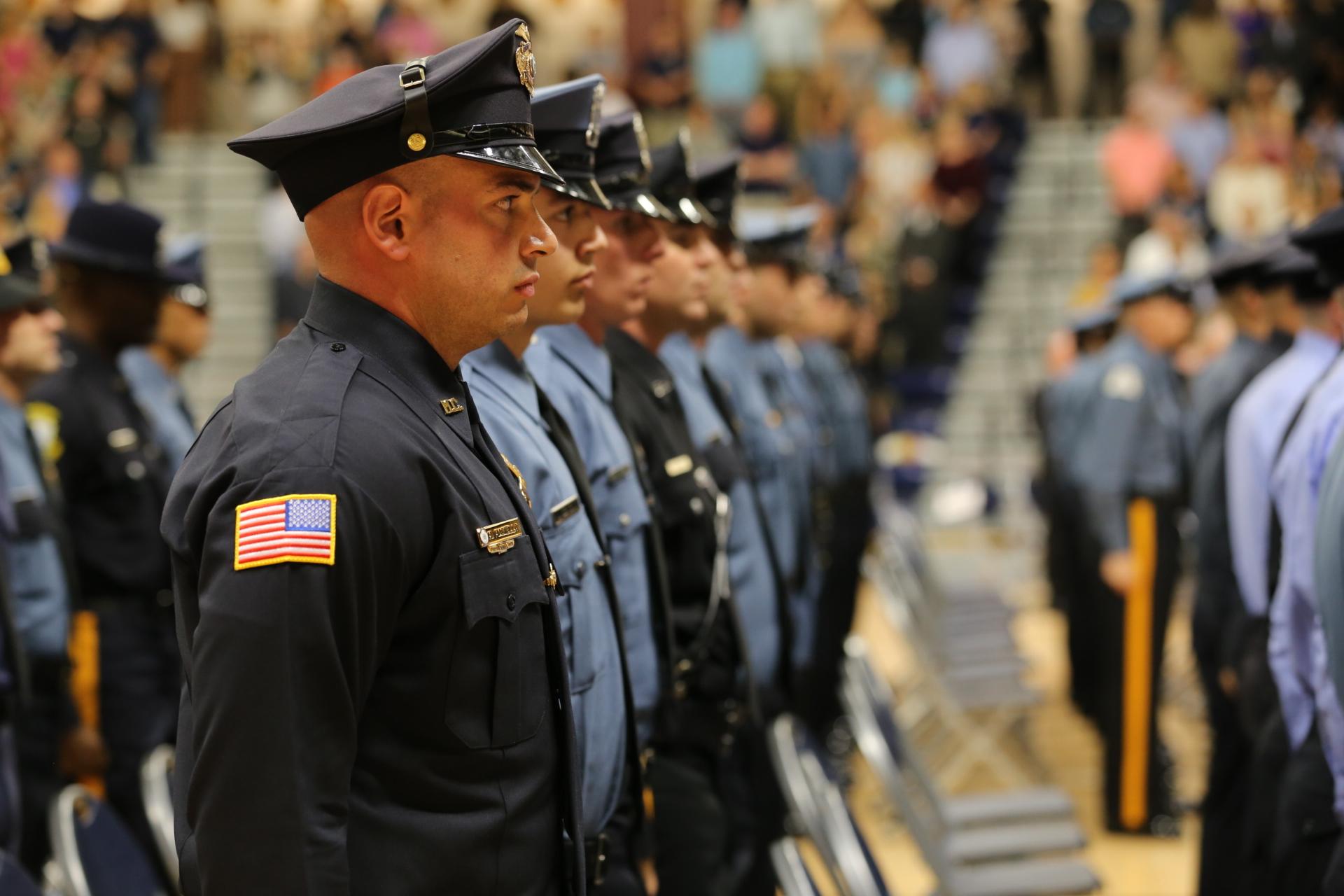 Training for the Basic Course for County Corrections Officers is 13 weeks. The corrections officers engaged in physical training and drill and learned how to properly use firearms, batons, handcuffing techniques and mechanical restraints. They were also trained in unarmed self defense and emergency medical response. Classroom instruction included topics on law enforcement and ethics, stress management, contraband and evidence processing, characteristics of inmates and drug interdiction and identification.

“These selfless men and women have committed their professional lives to serving in public safety and I applaud them,” said Freeholder Lillian G. Burry, liaison to the Monmouth County Sheriff’s Office and member of the Police Academy Board of Directors. “Their extensive training and personal character leave them well-prepared for a career in law enforcement and we are truly grateful for their efforts.”


(To see multiple pages, put the mouse pointer on the list and at the bottom of the list, use the up and down arrow)

Sheriff Golden And The Board of Chosen Freeholders Commemorate Public Safety...