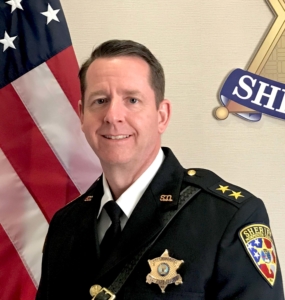 U/S Meehan is a Marine Veteran and began his law enforcement career in the Sussex County Sheriff’s Department, Corrections Division in 1994. In 1997 he was hired as a patrol officer with the Hazlet Police Department where he rose through the ranks throughout the years and was appointed to chief. He retired as chief in 2020 and was hired at the Monmouth County Police Academy as a training officer before becoming undersheriff.